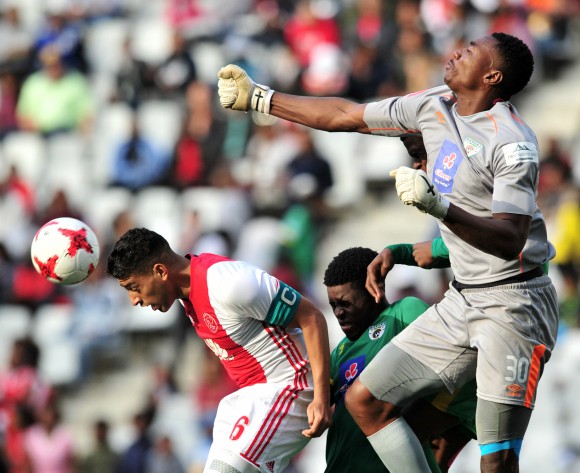 The Baroka FC shot-stopper scored a last-gasp equaliser with a bicycle kick against Orlando Pirates in an Absa Premiership match last season.

As a result, Masuluke has been shortlisted for the accolade along with Venezuela Women's youth national team player Deyna Castellanos and French forward Olivier Giroud.

FIFA are expected to hand out the award in London, England on October 23 and Masuluke stated that it has been his dream to visit the English capital.

“I don’t know how to describe the feeling. Growing up my dream was always visiting London," Masuluke said on KickOff.com.

“I just don't know how to explain the feeling. Being nominated amongst the best in the world is a great achievement in itself.

Masuluke, who in a bread winner in his family, disclosed that he grew up in a RDP house in Nwamankena outside Giyani, Limpopo, South Africa with his grandmother and four siblings.

“Yes, it's true I grew up in a RDP house. I don’t want to go back and sleep in the same house I grew up sleeping in when I was still a kid," he added.

"And that’s why I am trying to build my family a big house to accommodate everyone.”

After the first round of voting concluded earlier on Monday, a new second phase has started. The total from each round of voting will be added together to decide the winner.

Voting will remain open until the day of the awards ceremony itself, with the winner of the fan vote receiving their award on stage at the historic London Palladium.