MTN8 glory next up for new Bafana player Thamsanqa Mkhize 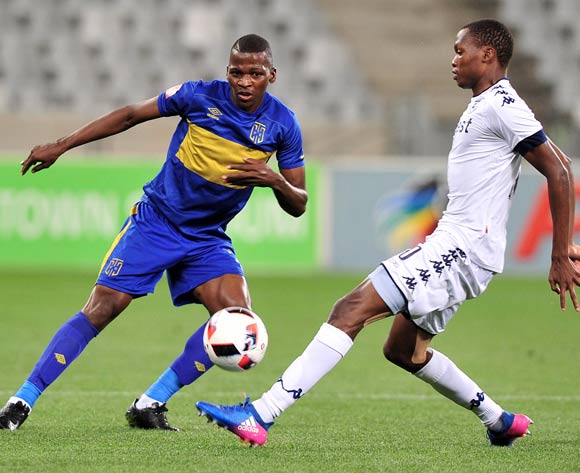 The prospect of double celebration is on the cards for Cape Town City defender Thamsanqa Mkhize when his side takes on SuperSport United in the MTN8 final.

Mkhize has already made a significant step forward in his career by making his debut for the senior South African national team this past weekend.

The right-back put in an impressive showing for Bafana Bafana as they defeated Burkina Faso 3-1 in a 2018 World Cup qualifier in Johannesburg.

And this coming Saturday he will feature for the Citizens when they face Matsatsantsa in the MTN8 final at Moses Mabhida Stadium in Durban.

“Ngijabule kakhulu [I was so happy] about the opportunity I got on Saturday,” said Mkhize, as quoted by Kick-Off.

“I want to thank the coaches for the faith showed in me and for giving me game-time against Burkina Faso.

“We prepared hard for the game and I made sure at training I prepared myself mentally going to this game.

“The results and my performance on the day has given me confidence and inspired me to continue working hard at both club and national team level.”

The City defender added, “I just arrived back in Cape Town and will only be rejoining my teammates for training on Tuesday. I have no doubt they have been preparing hard for this match.

“I am definitely looking forward to giving my best for the team on Saturday.”