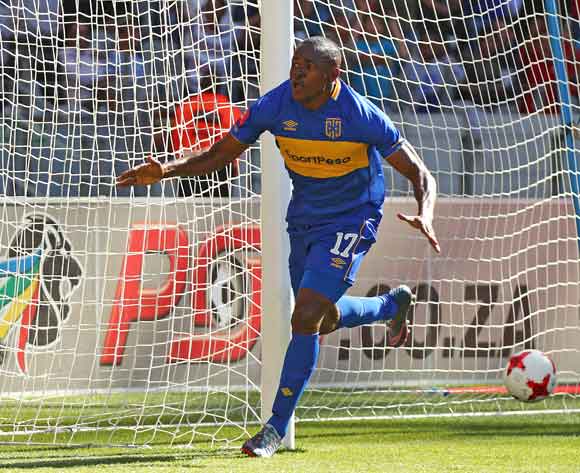 The former West Ham United and Inter Milan forward reunited with McCarthy in the Mother City last month, with the two former teammates aiming to lead the club to MTN8 glory this Saturday.

Obinna, 30, scored his first goal for the club in a 2-0 win over fierce rivals Ajax Cape Town late last month, and will be hoping to add to his tally in Durban this weekend.

“For me, it was important to come to a team that really believes in what it is looking for,” Obinna told IOL. “City are a new club that only came into place two years ago. The most important person that made it possible for me to come here was McCarthy.

"He is someone I respect as a person and I have a good relationship with him. In fact, the club as a whole wanted me to come, and that is the main purpose why I am playing my football at City.

Furthermore, the burly Nigerian striker believes that South Africa's football leagues are improving as a whole, highlighting the raft of talent vying to ply their trade in the Premier Soccer League.

“The PSL is improving, and it has been improving year after year,"he added. "You can see that in the awareness it has created in players from other countries, even from Europe, who are keen to come over.

"With that, it has improved the quality and it is this aspect that the PSL needs to emphasize more. It is getting to a level now where the competition and the quality of the game are getting higher each year," Obinna concluded.