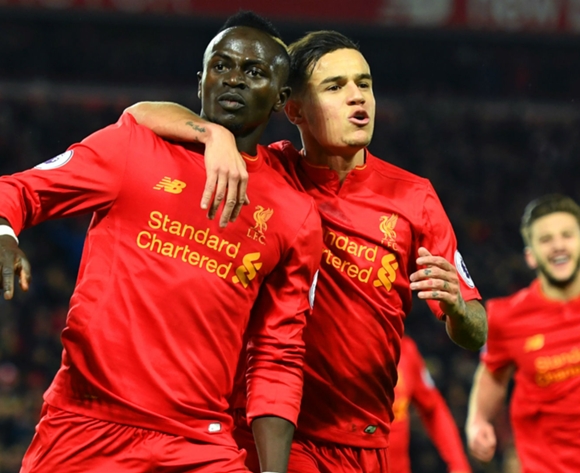 The latter has been the centre of a transfer saga in recent months, with Liverpool rebuffing several big-money offers from Spanish giants Barcelona.

And it widely expected that Barca will resume their attempt to sign Coutinho when the transfer window reopens in January.

Mane, meanwhile, has been in great form for the Reds so far this season, though his campaign is proving to be frustrating one.

The Senegal star missed three Premier League matches in September due to a controversial red card he received against Manchester City.

He will also be unavailable for the next six weeks due to a hamstring injury he sustained while representing the Teranga Lions in the 2018 World Cup qualifiers.

Despite this, Saunders insists that Mane is the more important player to Jurgen Klopp’s team.

"If you ask me who I want, Coutinho or Mane, I'd pick Mane, for whatever team," Saunders told talkSPORT.

"If you could only have one or the other [I'd take Mane].

"He's that good and [his injury is] a massive blow for Liverpool because he's the pace across the top of the pitch.

“He's the man who runs in behind defences and he makes Liverpool a different proposition."

The first match Mane will miss due to his injury is the clash against hated rivals Manchester United this coming weekend.