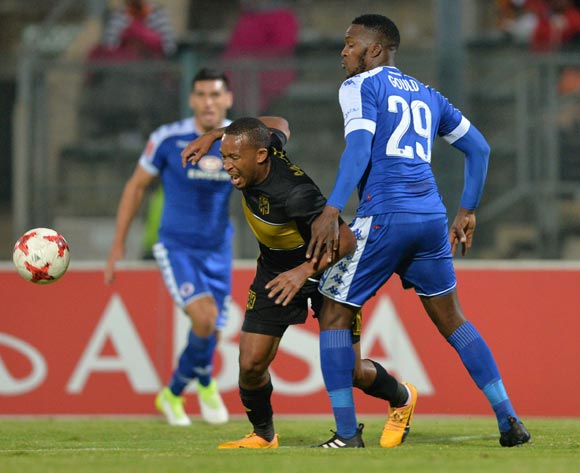 Cape Town City and SuperSport United will battle for the first trophy on offer in the 2017/18 season when they meet in the MTN8 final. The match is set for 14 October 2017 at the Moses Mabhida Stadium in Durban, kick-off at 19h00.

City earned their place in the final thanks to 1-0 and 3-1 (aggregate) victories over Polokwane City and outgoing MTN8 champions Bidvest Wits in the quarter- and semifinals respectively. The Capetonians were much the better side in both cup ties and coach Benni McCarthy will be most pleased with how his charges have acquitted themselves.

The Citizens will be appearing in their first MTN8 final, though it is by no means their first appearance in a trophy decider: last year they picked up their first piece of silverware by triumphing in the Telkom Knockout - at the expense of the very same SuperSport United they are facing in the MTN8.

SuperSport’s path to this final saw them defeat Kaizer Chiefs 1-0 in the quarterfinals, before a 3-1 aggregate victory over Maritzburg United. Coach Eric Tinkler - who took City to their TKO glory last year - has enjoyed immediate success in Tshwane and will be aiming to consolidate that with victory over his former team.

Matsatsantsa have won the MTN8/Top Eight Cup once - 2004 - and this will be their fifth appearance in the final. Their last appearance in the MTN8 final was a 1-0 defeat at the hands of Moroka Swallows in 2012, while they also runners-up in 2005 and 2006.

In head-to-head terms, City and United have met in just one previous cup match: last year’s Telkom KO final. The Cape side claimed a 2-1 win at the Peter Mokaba Stadium in Polokwane thanks to goals from Aubrey Ngoma and Judas Moseamedi.

The teams have also crossed swords in two league matches, both of which took place in 2016/17. City’s home game in the ‘Mother City’ ended in a 1-1 draw, while the return game in Tshwane was won 4-2 by Matsatsantsa thanks to strikes from Thabo Mnyamane, Clayton Daniels, Jeremie Brockie and Thuso Phala.