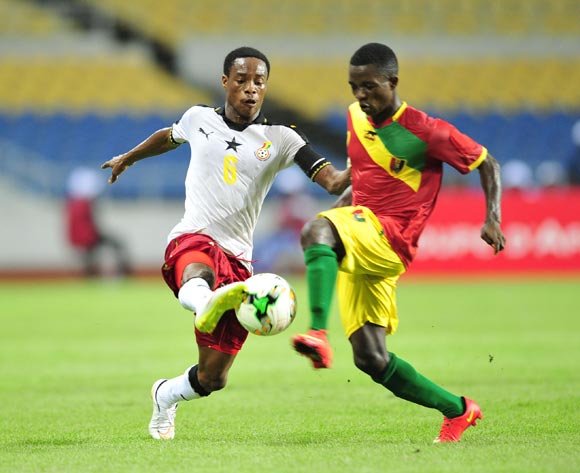 Ghana Under-17 captain Eric Ayiah is pleased to have inspired his side to victory over India on Thursday.

The Black Starlets thumped the host nation India 4-0 in the 2017 FIFA World Cup Group A match at the Jawaharlal Nehru Stadium in New Delhi.

The promising forward netted in each half as Ghana finished at the top of the group and they qualified for the knockout stages.

"The first and the second matches were tough,” Ayiah told the media after the match.
“I know we'll meet such challenges in the world cup but I know I needed to prove my clout,” he continued.

"I had chances to score in those two game but I didn't utilize them, so my coach taught me how to be composed in front of goal.

“I heeded to his advise and it helped me perform greatly today.”

The attacker is now two goals behind the tournament’s top goal scorer Amine Gouiri, who has scored four goals for France.