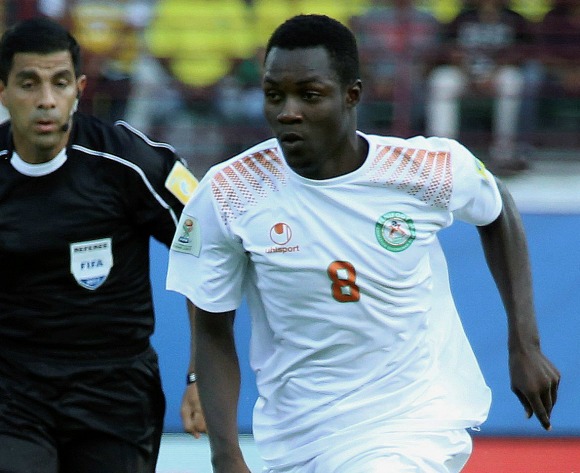 Brazil secured a 2-0 victory over Niger in the 2017 FIFA Under-17 World Cup Group D match at the Fatorda Stadium in Margao, India on Friday.

The victory sees Brazil's Junior Verde-Amarela advance to the last 16 as group winners, while the Junior Menas of Niger also advance to the knockout stages as one of the best third-placed teams.

The Junior Verde-Amarela applied some pressure on the Junior Menas defence from the first minute as they searched for an early goal.

The South American side did find the goal they had been looking for after the Niger defence was exposed four minutes into the game.

Paulinho made good run down the right hand side and he played a low cross for Brenner, who scored with a tap in to make it 1-0 to Brazil.

The Junior Menas found it difficult to unlock the Junior Verde-Amarela defence which was marshalled by Lucas Halter.

It was soon 2-0 to Brazil after Lincoln beat Niger goalkeeper Khaled Lawali with a deflected free-kick in the 34th minute.

Brazil then suffered a blow on the stroke of half as Vitinho, their star midfielder, had to be substituted with the teenager looking sick.

However, Niger could not level matters as Brazil managed to contain the African side and the score was 2-0 to Junior Verde-Amarela at half-time.

Brazil goalkeeper Gabriel Brazao was the busier of the two shot-stoppers in the opening stages of the second-half as Niger looked to equalize.

Yacine Wa Massamba, the Niger midfielder, unleashed a powerful shot which was saved by Brazao in the 55th minute.

The Junior Verde-Amarela were losing balls in their own half and they were nearly punished by Massamba just after the hour-mark.

Brazao had to produce a wonderful diving save - parrying away the diminutive attacker's thunderous effort from range.

The Junior Menas came very close to snatching a late goal with six minutes left, but once again Brazao was alert and he brilliantly finger-tipped Habibou Sofiane's long range effort over the crossbar.

The match ended 2-0 in favour of Brazil, who managed to contain Niger in the dying minutes of the encounter.