We can cope without Sadio Mane - Liverpool manager 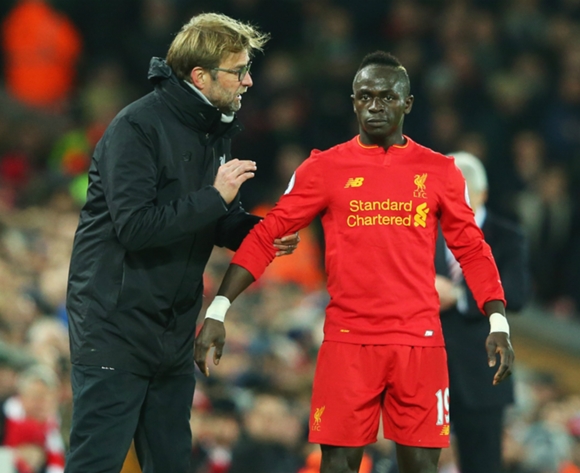 Liverpool manager Jurgen Klopp insists that his side can cope with the absence of Senegal star Sadio Mane.

The Teranga Lions attacker, who has already missed three domestic matches through suspension, is set to be out of action for five to six weeks after returning from international duty with a hamstring injury.

Liverpool were held to a goalless draw at Anfield by Manchester United on Saturday, another frustrating result for Klopp’s team.

Whether Mane would have given the Reds an extra attacking edge is up for debate, but he certainly would have been a good option for Klopp to have up his sleeve.

Yet the German manager refuses to acknowledge that Mane’s absence is something which will have an adverse affect on his team going forward.

"Obviously we can still play football without Sadio as we have had to do this in the past - much more than we would have wanted,” explained Klopp.

"He is the highest-quality player and was very unlucky with injury. A lot of players in this international break from different teams had injuries – it is a big problem with change of training, different rhythm. That is always a problem and you hope nothing will happen.

"On this occasion it was Sadio but no-one else. We can play without him even if we would love to have him in the line-up."