Losing Sadio Mane worse than being without Coutinho - Robbie Savage 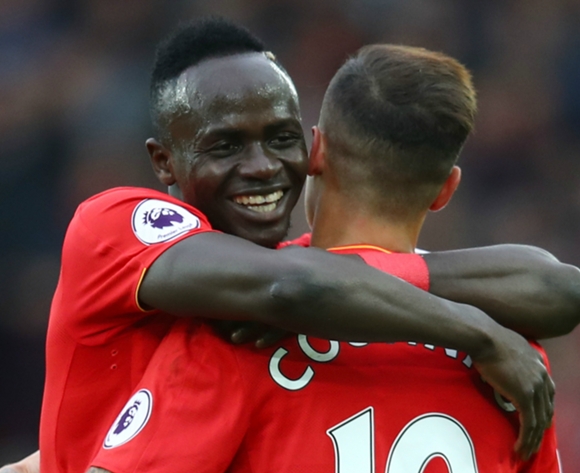 Sadio Mane and Philippe Coutinho celebrate a goal for Liverpool

English football pundit Robbie Savage believes losing Senegal star Sadio Mane to injury for a lengthy period is a bigger blow to Liverpool than if they had sold Philippe Coutinho.

Mane has already missed three domestic matches due to the ban he picked up for his controversial sending off against Manchester City last month, and he is currently sidelined until at least late November after returning from international duty with a serious hamstring injury.

The Teranga Lions forward enjoyed a fine debut campaign with the Reds in 2016/17, ending with 13 goals despite missing two large portions of the season due to injury and the 2017 Africa Cup of Nations.

And Savage believes that losing Mane is a bigger blow to Liverpool than if Coutinho had completed a transfer to Spanish giants Barcelona - a move which is expected to be revived in either January or at the end of the current season.

“I fear it will hurt [manager Jurgen] Klopp to lose Mane for six weeks even more than if he had lost Coutinho to Barcelona during that transfer tug-of-war in August,” Savage told The Mirror.

“When Coutinho was out injured before Christmas last season, Liverpool stayed in the title race – but when Mane went to the African Cup of Nations in the New Year, their season fell apart.

“They were knocked out of both domestic cups by Wolves and Southampton, lost at home to struggling Swansea in the league, lost at Hull and dropped points at rock-bottom Sunderland.

“For me, Mane is as important to Liverpool as Harry Kane is to Tottenham. That’s the measure of his influence.

“In his absence, Liverpool will need to be ruthless and take their chances. To date, United have scored 21 goals from 121 attempts, while Liverpool have scored 13 from 137 shots.”