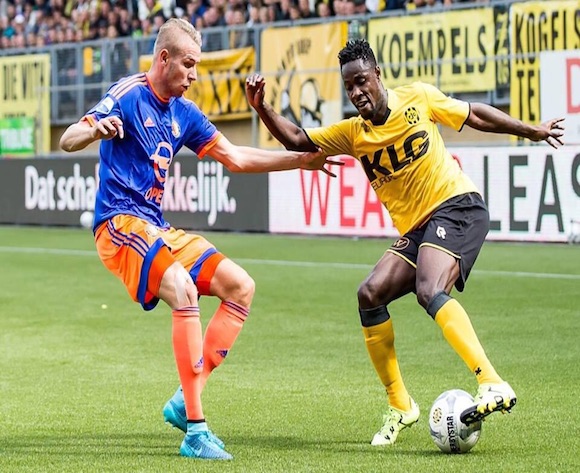 The 24-year-old has drawn attention from major clubs due to his impressive scoring form for the Serbian giants. He joined the Belgrade club in January 2017.

According to German media outlet Fohlen-Hautnah and Italian portal ilBiancoNero, the Bundesliga side are ready to wage into battle for the former Sassuolo striker’s signature.

Boakye has already been strongly linked with a move to Premier League sides Chelsea, Swansea City and Crystal Palace, while Scottish giants Celtic hope to make the player their all-time record signing.

Yet Monchengladbach appear to have taken the inside lane, as it is reported that the club will meet Red Star’s valuation and a deal could be concluded as early as January 2018.