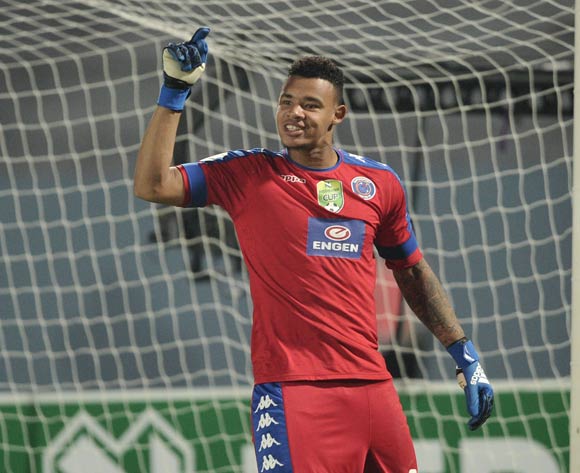 Ronwen Williams of Supersport United celebrates after saving a penalty during the 2017 Nedbank Cup semifinal game between Chippa United and Supersport United at Sisa Dukashe Stadium, East London on 20 May 2017 © Luigi Bennett/BackpagePix

SuperSport United goalkeeper Ronwen Williams is hopeful that the club can add CAF Confederation Cup success to this past weekend’s MTN8 triumph.

Williams was the hero in a penalty shootout as United defeated Cape Town City on post-match kicks to claim the MTN8 title in Durban on Saturday.

And the ‘keeper will need to be at his best again this coming weekend when the South Africans travel to Tunisia to face Club Africain in the second leg of the teams’ Confederation Cup semifinal, which is locked at 1-1 after the first leg in Tshwane earlier this month.

"The CAF Confederation Cup is there and we can taste it, it’s a few weeks to go," said Williams, as quoted by Kick-Off.

"We need to write history, we need to put SuperSport on the map.

"We've been in the last five cup finals, so I'm proud of being part of this team."

The CA v SuperSport match is set for the Olympic Stadium in Rades on Sunday evening.