George Lebese says its not personal ahead of Kaizer Chiefs clash 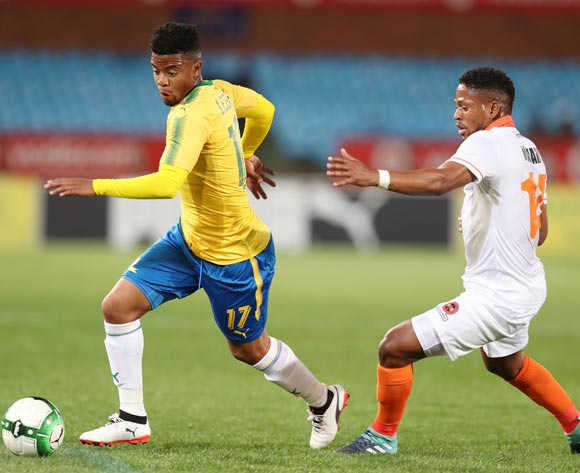 The Brazilians will host the Soweto giants in a heavyweight clash at the Loftus Stadium, with both teams determined to lay down a marker for the rest of the season.

Lebese has strong links at Kaizer Chiefs, having spent nine years with the Amakhosi before moving to Sundowns ahead of the 2017/18 season, but he insists emotion will not affect his performance.

“Personally, for me, it’s just three points for us as a team, and it will take us where we want to be,” said Lebese, as quoted by Kick-Off.

“I’m not looking to take the game personally. It’s not for me but for the club, the players and the technical team.”

The 28-year-old also revealed that he has avoided contacting his friends at Chiefs for the past fortnight.

“It is possible for me to put everything aside, and then I'll catch up with everything after the 90 minutes,” he explained.

“I’ve been avoiding talking to them [former Chiefs teammates] for the past two weeks, that’s how crucial this game is. So I’ll definitely speak to them after the match.”

Lebese also said he will not hold back in celebrating if he scores a goal: “I respect Kaizer Chiefs, they’re a big brand, they’ve taught me everything.

“But at the end of the day it’s entertainment. It’s about me and where I am right now, I’m in a happy place. So if I score, why not [celebrate]?"