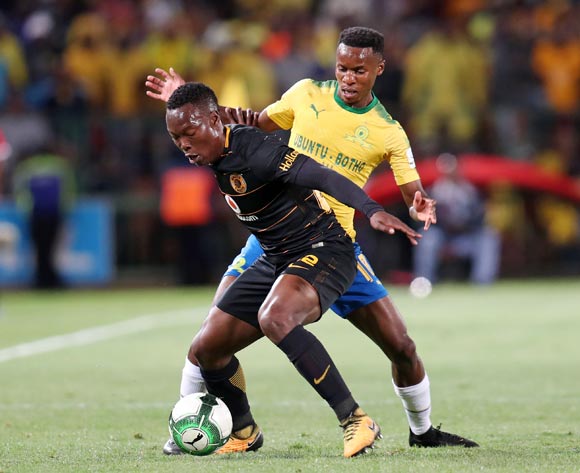 Kaizer Chiefs edged out Mamelodi Sundowns 2-1 in an Absa Premiership match at the Loftus Versfeld Stadium in Pretoria on Tuesday night.

As a result, Chiefs move up to position three on the league table, while Sundowns move down to seventh spot on the table.

Amakhosi threatened first through Bernard Parker, who unleashed a powerful shot which missed the target just six minutes into the match.

The Brazilians dominated possession, but they found it difficult to unlock the Chiefs defence which looked solid.

Parker should have made it 1-0 to Chiefs following a counter-attack four minutes before the half-hour nark.

However, the former FC Twente striker hit the crossbar and the ball was cleared away by the Sundowns defence.

Sundowns forward Percy Tau, who has been good season, had a chance to score eight minutes later and placed his over the crossbar from close range.

Another counter-attack by the visitors nearly led to a goal on the stroke of half-time with the Sundowns defence exposed.

It took only five minutes for Siyabonga Ngezana to make it 1-0 to Chiefs with a good header in the second-half with Onyango well beaten.

Sundowns were then awarded a free-kick in a promising area which Hlompho Kekana fired straight into the Chiefs wall.

Bernard Parker then doubled Chiefs' lead in the 72nd minute after the victors had launched a quick counter-attack.

Sundowns were then reduced to 10 men a minute later after Tiyani Mabunda received his second yellow card.

However, Sundowns did grab a late consolation goal through Themba Zwane, who scored a late penalty and ultimately, Chiefs won 2-1.