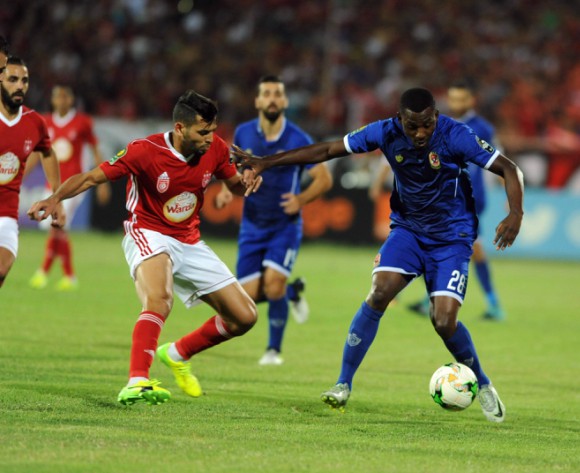 The Tunisians head to Alexandria in control following a 2-1 win in the reverse fixture earlier this month.

Alaya Brigui and Mohamed Amine Ben Amor with the goals for the hosts at the Stade Olympique de Sousse, but Saleh Gomaa's away goal for the Egyptians could prove decisive.

Aggregate victory will secure Al Ahly's place in the CAF CL final for an unprecedented 11th time - with the Egyptians having clinched Africa's premier cup competition on eight previous occasions.

One of only two defeats in the showpiece came against Étoile 10 years ago. The Tunisians clinching a 3-1 win over their counterparts in Egypt, after the first leg in Sousse ended in a goalless stalemate.

Victory served as revenge for ESS, with the club having suffered defeat to their North African rivals in the 2005 final. Al Ahly claiming a 3-0 aggregate win to hold the crown aloft.

Al Ahly head coach Hossam el Badry is counting on the club's loyal fan base to help the team across the line in Alexandria this weekend.

"I am sure fan support on Sunday will ease our mission to snatch the qualifying ticket," El Badry told his club's official website.

"The attendance of 50,000 fans – approved by security authorities – will definitely be a positive boost for the team to overcome the loss," he concluded.

Victor Gomes of South Africa will officiate the encounter.

The winner will come up against either USM Alger or Wydad Casablanca in the 2017 CAFCL final. The first-leg in Algiers finished in a 0-0 draw.