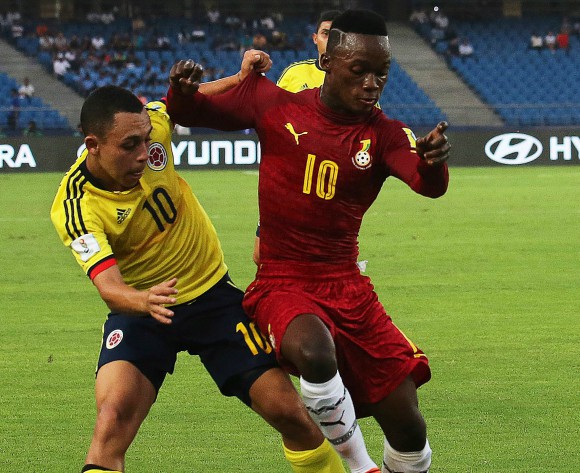 Mali and Ghana will renew their rivalry at the U-17 level when they meet in a World Cup quarterfinal at the Indira Gandhi Athletic Stadium in Guwahati on Saturday, kick-off at 13h30 CAT.

Mali earned their place in the last eight by finishing runners-up to Paraguay in Group B, before thrashing Iraq 5-1 in their last 16 clash on Tuesday, while Ghana topped Group A and then ousted fellow Africans Niger 2-0 on Wednesday.

These teams are familiar foes and it is fitting that they are the continent’s last representatives, having met in the final of the U-17 Africa Cup of Nations in Gabon back in May.

In that match in Libreville it was Mali who claimed a narrow 1-0 victory - thanks to a first-half goal from Mamadou Samake - to be crowned African champions at the Black Starlets’ expense.

"Definitely it is a concern and we are working on it," Fabin told reporters in regards to his team’s finishing.

"It's a work in progress and definitely when it's an U-17 team, you know that definitely they will keep making such mistakes and I will keep correcting them until we get what we want.

"I'm satisfied with the two goals we scored and in fact it has taken us to the next stage."

Fabin also believes his Ghana can go all the way in the tournament: "Definitely we are here and I believe every team that has qualified hold the mentality to win the trophy, so we are thinking alike."

Mali coach Komla, meanwhile, has fended off allegations that his side are fielding overage players. Iraq coach Qahran Al-Rubaye claimed the Africans looked like “an U-23 team” in the last 16 match.

“In football, it is important to accept the results. In a tournament of this stature, there are clear rules and testing for every player is performed before the World Cup. We have passed all the required tests and guidelines, so you have to accept it,” explained Komla.

The winner of the Mali-Ghana match will play either Spain or Iran in the semifinals on Wednesday 25 October in Navi Mumbai.