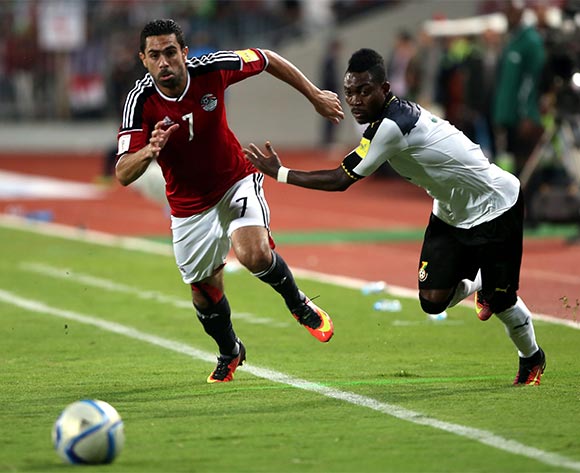 The Ghana Football Association (GFA) have announced that their final 2018 World Cup qualifier against Egypt on November 12 has been moved to a new venue.

The final Group E match - which is a dead rubber as the Pharaohs have already secured their berth at Russia 2018 - was originally set to be held at the Baba Yara Stadium in Kumasi.

It has now been shifted to the Cape Coast Sports Stadium, with the GFA opting to move away from the Kumasi venue where the Black Stars were booed by home fans after being held 1-1 by Congo in early September.

The Cape Coast Stadium was the primary venue for the recent WAFU Cup of Nations, with the home side receiving strong support as they powered to the regional title.

It is hoped that the Black Stars will receive similarly strong support in a match which has nothing at stake other than a chance to move up the FIFA world rankings.

The decision also suits Egypt, as they will now have no more than a two-hour bus drive from the capital Accra to the match venue.

The Egyptian Football Association confirmed the receipt of an official letter from their Ghanaian counterparts informing them of the venue change.

"Ghana changed the venue for technical reasons," the EFA said in a statement.