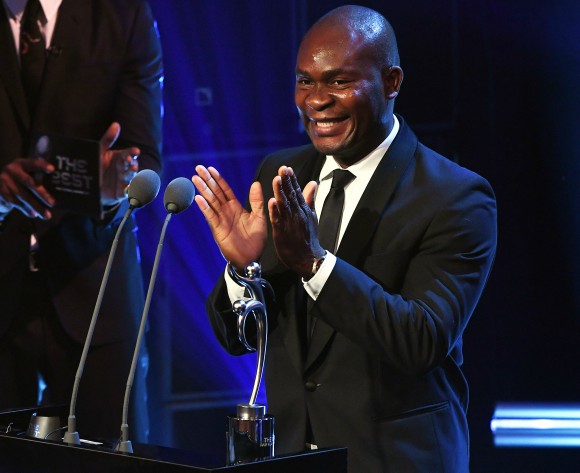 Following his heroic attempt to save the life of Bohemians 1905 goalkeeper Martin Berkovec, Togolese international Francis Kone was awarded the FIFA for Fair Play accolade.

Kone was playing for FC Slovacko at the time and received the award at the FIFA Best Awards ceremony in London on Monday night.

Kone saved Berkovec's life back in February 2017 after nearly swallowing his tongue following a collision.

The keeper collapsed after colliding with teammate Daniel Krch while attempting to retrieve a loose ball as Kone was chasing the same ball.

The striker noticed that the 28-year-old net minder had fallen unconscious and rather than wait for medical staff to arrive, he took matters into his own hands to save the player.

"I can't stand there, watching someone suffocate, without doing something," Kone told FIFA.com.

The striker was born in Cote d'Ivoire, but he qualifies to represent the Sparrow Hawks through family ties and said he had been involved in three similar situations before.

Kone was the sole winner of the accolade on the night and is now playing for FC Zbrojovka Brno in the Czech First League.