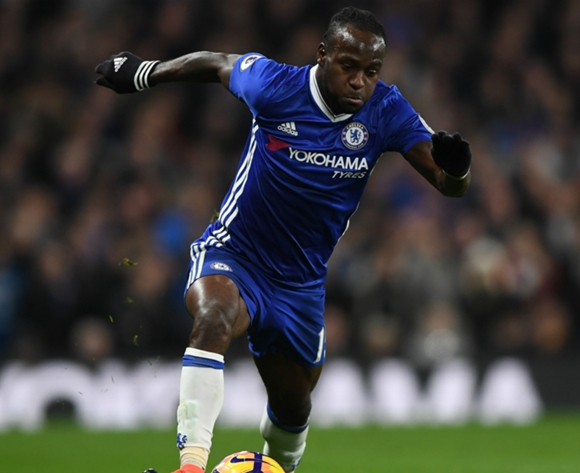 Victor Moses has quickly established himself as an integral part of Antonio Conte's plans at Chelsea and despite recent injury, the Nigeria international will continue to make strides at Stamford Bridge.

Having switched to right-wing-back under Conte's watchful eye, many raised eyebrows - questioning the Italian's decision, but it paid dividends with the 26-year-old racking up no fewer than 40 appearances last season.

He also starred for the Super Eagles during this period as the West African's ultimately booked their ticket to Russia.

The former Crystal Palace winger started the season in similar fashion for the English Premier League holders, but a hamstring injury has since ruled him out of action for a reported four weeks.

Gutted to pick up an injury. Working hard to get fit&back on the pitch as soon as I can!Good luck to the boys tonight come on the Chels #CFC pic.twitter.com/1JuqqXdHRd

His absence was immediately evident and Arsenal legend Martin Keown believes that Chelsea have struggled without Moses on the pitch.

The Blues utility player sat on the bench in a 1-0 defeat to Manchester City, and has missed successive matches against Roma [3-3] and Watford [where Chelsea battled to a 4-2 win].

Moses was also not involved in Chelsea's opening day defeat to Burnley and left the pitch after 40 minutes in their 2-1 away loss to Crystal Palace.

“Conte needs to go back to the drawing board and assess whether this system is working,” Keown told Daily Mail.

"Last season, Antonio Conte made a back-three the in-vogue system.

“I have plenty of admiration for Conte as having played in that system myself, I never thought it could work.

“But against City and Roma the back three became a five. The Blues were so effective last season because their wing backs stayed high to affect the game.

“Now, they are just defenders. They really miss Victor Moses," he concluded.

Moses is sure to return to Chelsea's starting 11 when back from injury, and there is no doubt that he will continue his rise as one of Africa's best players.