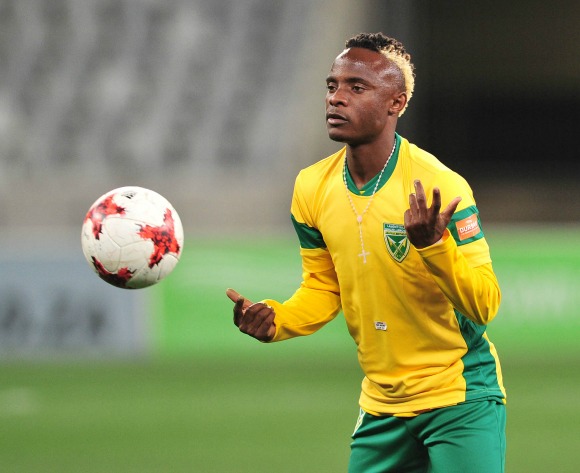 Golden Arrows winger Kudakwashe Mahachi says his team “are not going to make life easy” for Orlando Pirates in the Telkom Knockout this weekend.

Arrows, who are unbeaten in the league this season and only exited the MTN8 on penalties against Bidvest Wits, will host the Buccaneers at Princess Magogo Stadium on Saturday afternoon for a round of 16 clash in South Africa’s equivalent of the League Cup.

The Durban side will be looking to avenge their loss at the hands of Pirates in the same cup competition last year.

“The MTN8 we lost against Bidvest Wits on penalties, but we did well and now there’s a chance to play another cup against Orlando Pirates,” Mahachi is quoted by KickOff.

“You know Orlando Pirates is a big team in South Africa, but we are not going to make life easy for them as we are a small team.

“It was painful to lose to them last season in the same competition, but we are eager this time to change things around.”

The Zimbabwean believes that the consistency in management and playing staff from last season to this has been the secret behind their success thus far.

“We are happy as a team. We kept our squad from last season and in the second half of last season we were doing well,” he explained.

“So this is continuation of where we left off. I think we also have to give credit to the coaches and the management for keeping the core of the team.

“So, with that said, I think we are going to do better than last season. But we are not putting into our head that we’ve started well. We are pushing as a small team.”