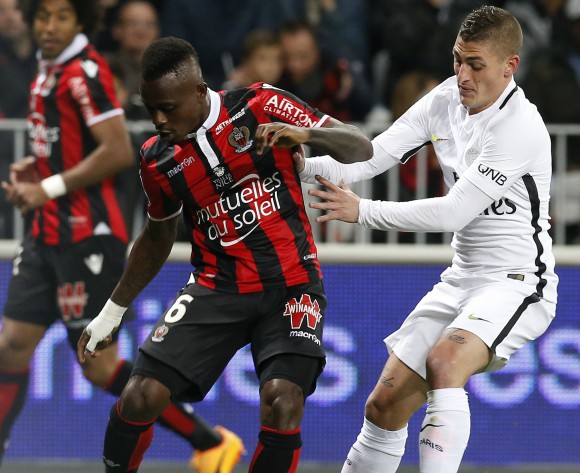 Jean-Michael Seri looks set to rue his failed transfer to FC Barcelona, as Nice continue to struggle in the French Ligue 1 this season.

The 26-year-old starred for the club during the 2016-17 campaign, and was duly linked with a move to the Spanish La Liga giants.

In 39 appearances across all competitions, the Ivory Coast international was directly involved in 16 goals last season as the club recorded a third place finish - having topped the standings for the first few months of the campaign.

A move to the Camp Nou looked a sure possibility and despite clear interest from the Catalans, the proposed switch never came to fruition to the frustration of the midfielder.

With Nice struggling at the wrong end of the table thus far this season, with Europe League commitments testing the depth of their squad. it remains to be seen of Seri will be rewarded with a big money switch in the near future.