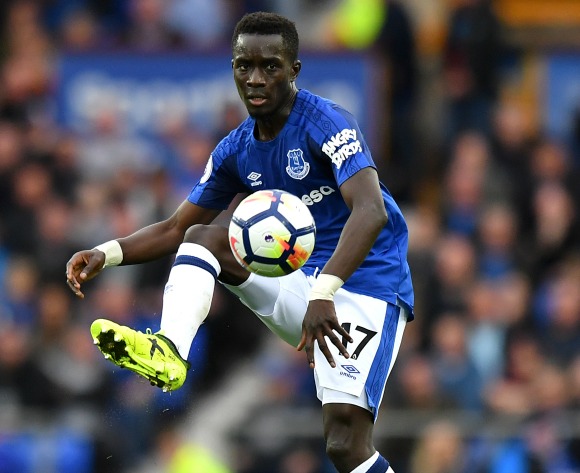 The 28-year-old established himself as one of the best central midfielders in the English Premier League (EPL) last season.

Born in Dakar, Senegal, Gueye played an instrumental role in helping Everton finish seventh in the EPL and they qualified for this season's UEFA Europe League.

The hard-tackling player made 33 appearances in the league for the Toffees and he found the back of the net once in the process.

Gueye was compared to Chelsea's midfield maestro N'Golo Kante, who is widely regarded as the best central defensive midfielder in world football at the moment.

However, Gueye has failed to replicate his form from season and this has badly affected the Toffees, who recently fired their Dutch head coach Ronald Koeman due to poor results.

Frenchman Morgan Schneiderlin and Idrissa Gueye formed a good partnership in central midfield last season, but they have both under-performed thus far.

Gueye was sent off as they lost 5-2 to Arsenal FC in an EPL match on Sunday which meant a subsequent suspension and that gave a certain Beni Baningime the ideal opportunity to prove his worth.

The 19-year-old, who hails from Kinshasa, DR Congo, was handed his first team debut against Chelsea in an EPL Cup (Carabao Cup) match at Stamford Bridge by Everton caretaker coach David Unsworth on Wednesday.

Despite Everton narrowly losing 2-1 to Chelsea, Baningime delivered an good display in midfield in the absence of Gueye and Schneiderlin, who was missing due to illness.

Widely considered as one of the most exciting prospects at the Liverpool-based side, Baningime has already been likened to both Gueye and Kante.

It remains to be seen whether Unsworth will drop Baningime when Gueye makes his return from suspension against Watford FC in a league match at the Goodison Park on 5 November 2017.