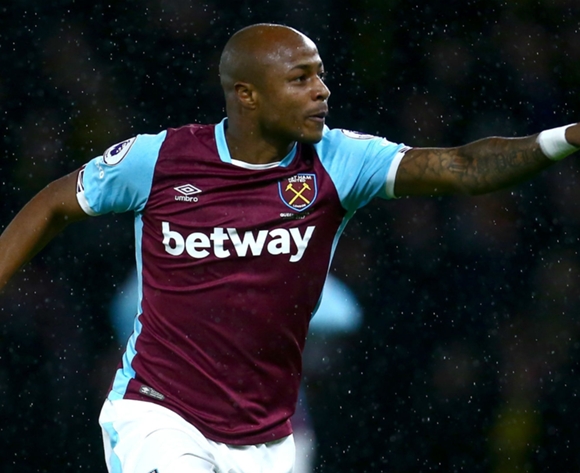 Ghana attacker Andre Ayew has urged his West Ham United teammates to turn their attention to the challenge of Crystal Palace this weekend.

Ayew was the star turn in the Hammers’ midweek League Cup win over London rivals Tottenham Hotspur, scoring a brace of goals in the second half.

West Ham came from two goals down to defeat Spurs 3-2 at Wembley on Wednesday evening and advance into the next round of the League Cup.

Ayew, who was named man of the match for his strikes in the 55th and 60th minutes, wants to see United perform with similar strength in the Premier League this weekend.

"I want to congratulate the whole team, it's a massive win," Ayew said.

"We have a massive game on Saturday. We have to enjoy this, but prepare for Saturday.

"We knew if we scored early in the second half we'd have a chance. We need to relax and work hard because Saturday is a big one."

West Ham are just two places above the relegation zone heading into the match against the Eagles, having been beaten 3-0 at home by Brighton & Hove Albion in their last Premier League outing.