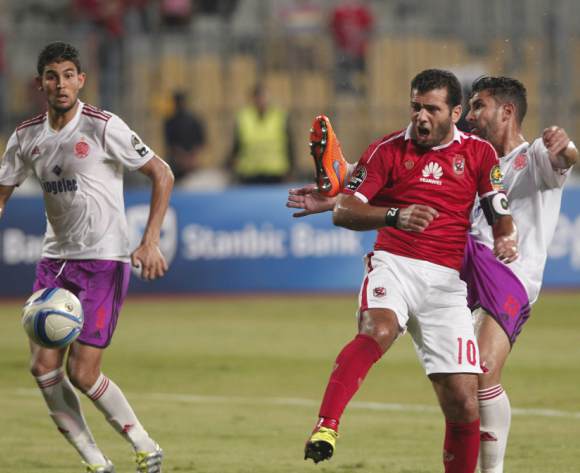 Al Ahly and Wydad Casablanca will renew their rivalry in the final of the 2017 CAF Champions League this Saturday, with a place atop Africa's footballing summit up for grabs.

The first-leg will take place at the Borg El Arab Stadium in Alexandria. Kick-off is at 19h00 CAT.

Having clashed in the group stages of this year's competition, the two North African giants will do battle once more - this time in the showpiece of Africa's premier club competition.

For the victor a place at the 2017 FIFA Club World Cup in the United Arab Emirates will be secured, alongside the honour of being crowned the continents best.

Al Ahly, who have set their sights on an unmatched ninth CAFCL crown, beat Étoile du Sahel 7-2 on aggregate to seal their place in an 11th final.

The Red Devils lost 2-1 in Sousse, but turned on the style in Egypt to register a 6-2 win. Walid Azaro with a hat-trick for the hosts.

As for Wydad, the Moroccans followed a goalless draw in Algiers with a 3-1 win over USM Alger in Casablanca as they take aim at a second CAFCL crown - having clinched the 1992 showpiece. Achraf Bencharki at the double in the second-leg.

Wydad goalkeeper Zouheir Laaroubi is under no illusion of the task facing his troops this weekend, and hopes that the Moroccan outfit will suffer limited damage in Alexandria.

"The game will be very tough and difficult, everyone knows who Al Ahly are and how difficult the games against them are," said Laaroubi.

"Al Ahly's victory against Étoile will motivate us to gather our strength as we prepare for the game, we want to end up with the least possible damage before the second leg in Morocco," the shot-stopper concluded.

Azaro, who found form at the perfect time for the 'Club of the Century', thanked Al Ahly head coach Hossam El Badry for showing him faith, as he now aims to shoot down his fellow countrymen.

"I wanted to score in every match, but was constantly unlucky," said the Morocco-born forward ."I thank coach Hossam for persevering with me.

"However, we have to forget what we did against ESS and focus on Wydad, who will be difficult opponents to overcome."

The two teams claimed respective 2-0 wins in their group stage match-ups, with Wydad going on to top Group D.

The reverse fixture at the Stade Mohamed V in Casablanca is set to take place on Saturday, 4 November 2017.