PLAYER SPOTLIGHT: Naby Keita – Why he must watch his discipline 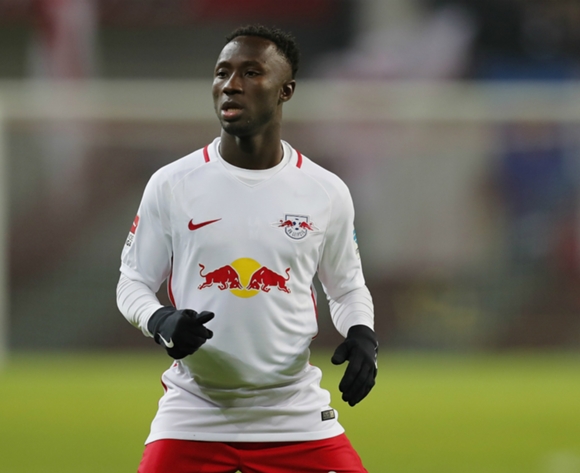 With Naby Keita set to make his switch to the English Premier League next season, the Guinea international will have to adjust his conduct.

The versatile midfielder has received rave reviews based on his outstanding performances for Red Bull Liepzig, but he must watch his entry into the referees' book.

Manager Jurgen Klopp has made a good signing to add steel in their midfield, but Keita continues to receive red cards like nobody's business.

The RB Leipzig star will move to Anfield next summer in a £55million deal, but has been sent off on three occasions in the last seven matches for club and country.

His latest indiscretion came on Wednesday night as he was dismissed from Leipzig's German Cup (DFB-Polkal) match against Bayern Munich after 53 minutes.

He was sent off for two bookable offences, the first of which came on the stroke of half-time and the latest early bath followed on from a straight red he received in the Bundesliga tie against Borussia Monchengladbach.

On the other hand, he also received an early shower while playing for Syli Nationale in a World Cup qualifier and all of the red cards have come in the space of a month.

The 22-year-old player has all the attributes of a world star, but he must ensure he remains disciplined and ensure his name doesn't regularly feature in referees books.

With the Reds fans having showed content and delight in the player's highly anticipated arrival at Anfield, will Klopp feel the same way regarding the player's discipline?