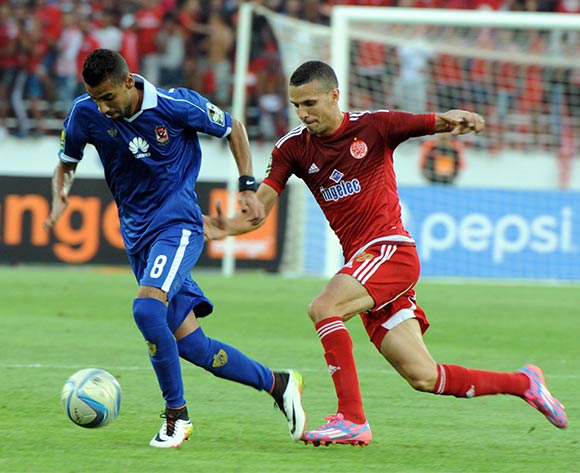 The second-leg encounter will be played at the Stade Mohamed V in Casablanca next week Saturday.

Egyptian giants Al Ahly applied some pressure on the Moroccan side Wydad's defence in the opening stages of the match and they scored in the third minute.

Abdalla El Said set up Moamen Zakaria, who fired past Wydad goalkeeper Zouheir Laaroubi to make it 1-0 to Al Ahly.

But the Red Devils fans inside the Borg Al Arab Stadium were silenced in the 16th minute as the visitors equalized.

The momentum was with the Red Devils, who pressed the Kings of Titles with the half-time break fast approaching.

However, Wydad managed to contain Al Ahly and the score was 1-1 at the interval.

Zakaria had a chance to grab his brace from a free-kick 20 minutes into the second-half and restore the hosts' lead.

However, Laaroubi was alert and he made a comfortable save to deny the hard-working centre forward.

Al Ahly did most of the attacking in the closing stages of the match, but they found it difficult to unlock the Wydad defence.

Veteran striker Emad Moteab was introduced by Al Ahly in the latter stages.

However, Wydad stood firm at the back and the match ended in a 1-1 draw.