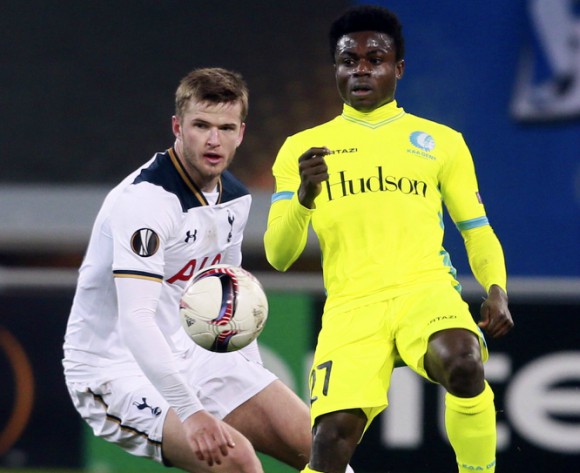 According to the ‘Scouts in Attendance’ Twitter page, representatives from Manchester United, Olympique Marseille, Bayer Leverkusen, Wolfsburg and Sevilla watched the Belgian top flight match between Sporting Charleroi and Gent on October 27.

The identity of the player(s) they were running the rule over remains unknown, but it is widely acknowledged that Super Eagles winger Simon is attracting major interest.

The 22-year-old played the full 90 minutes for Gent and impressed despite a defeat to the hosts at Stade du Pays de Charleroi.

Simon, who has also played a major hand in Nigeria’s qualification for the 2018 World Cup, was reportedly in advanced talks with an unnamed Premier League club in the last transfer window.

The player is contracted to Gent until the end of the 2018/19 season.