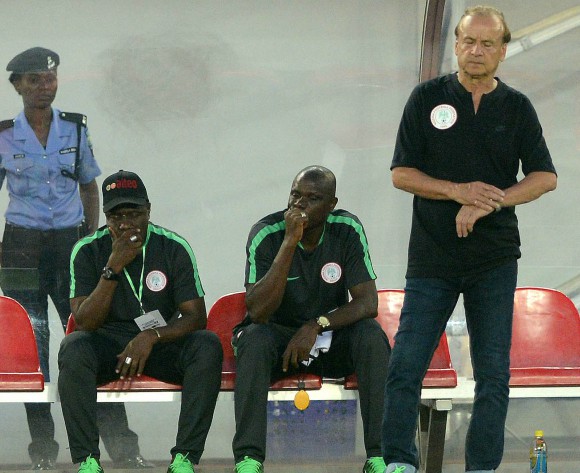 According to Nigerian Football Federation's spokesperson Toyin Ibitoye, Super Eagles coach Gernot Rohr will release a squad of 25 players for the Algeria and Argentina clashes.

The 2013 African champions will face the Desert Warriors in their final 2018 FIFA World Cup qualifier and face the Albiceleste in a friendly next month.

Rohr will release a list of 25 players on Monday with two on standby for the games versus Algeria on November 10 and 14 against Argentina respectively.

Ibitoye confirmed to Owngoalnigeria.com that the list will be made up of players who have been in the team.

”Some players are going to be recalled, but that doesn’t mean new names. For now the coach is sticking with the players he has been working with the past few months”, Ibitoye said.

”Some players are presently injured so they won’t be in the list, but overall it will be made up of same players who have been working with the coach the past few months.

”The idea is to put out a formidable team for the game against Algeria and later Argentina.

"A good showing in both games will help our ranking with FIFA, which will play in our advantage during the World Cup draws in December.“