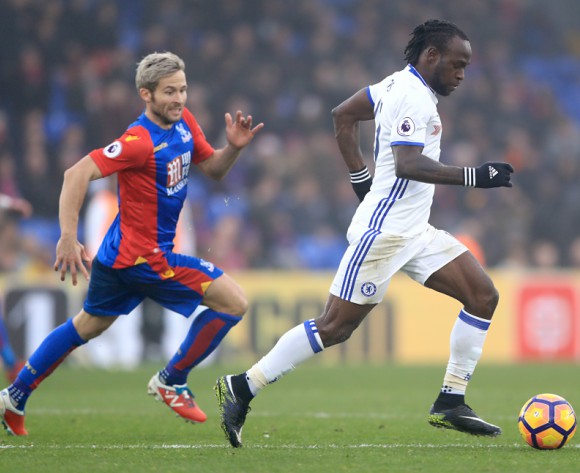 Victor Moses may have been omitted from Nigeria’s squad for their final 2018 World Cup qualifier away to Algeria next month, but he is still putting in the hard work to recover from injury.

The Super Eagles winger has been sidelined since picking up a hamstring strain in Chelsea’s surprise loss at Crystal Palace on October 14.

He will miss the Blues’ UEFA Champions League clash away to Roma tonight and has also been left out of the Nigeria squad named by coach Gernot Rohr last night.

Chelsea coach Antonio Conte will be relieved at Moses’ omission from the Super Eagles, having mentioned this past weekend that he needs to be patient in regards to the player’s return to first-team action.

Yet Moses himself believes he will be back in the famous blue shirt sooner rather than later, taking to his official Twitter page to post a video of himself undergoing a low-impact drill in a swimming pool.

“Putting the work in will be back soon! #roadtorecovery,” Moses caption the video.

Putting the work in will be back soon! #roadtorecovery pic.twitter.com/znOshPj07f