In celebrating their 20th partnership, PUMA and the Federation of Cameroonian Football (FECAFOOT) have launched a new shirt for the Indomitable Lions.

The giant Sports Manufacturer has collaborated with Cameroonian and African football legend, Roger Milla and Afro-trap artist, MHD to join the squad for the launch of the new home jersey.

Paying homage to the unlikely icon at the the 1990 FIFA World Cup, MHD the Prince of Afro-trap, has created a short music video of Milla's dance next to the corner flag.

In the video, Milla had one hand on his belly and one hand raised towards the sky and invites others to dance like the legend of Cameroon.

In a statement, it is revealed that the video received more than 40 million views and has since turned the jig into a classic celebratory dance used all over the world. 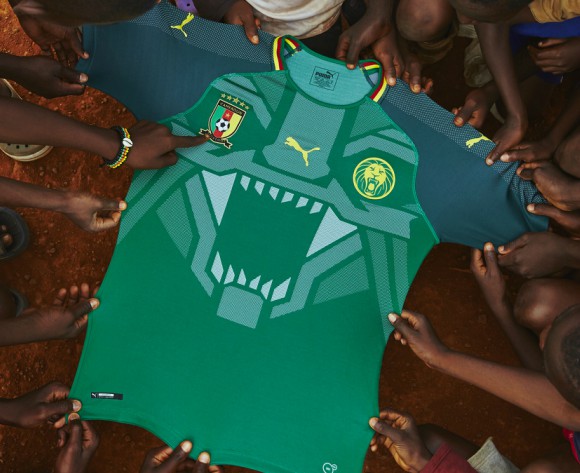 “Milla handed over the new jerseys to the squad in an unforgettable green colour with evoKNIT fabric that acts as a lightweight ’second skin' with cooling fins that regulate body temperature,” reads a stament from PUMA.

“An interpretation of a roaring lion spans across the jersey dryCELL technology shirt for moisture management and the countries flag adorns the collar reminding us of the teams First Passion.

“The Indomitable Lions and hosts of of the 2019 CAF African Cup of Nations tournament illustrate how much of an influence PUMA enjoys with the African Continent as a whole.”

Meanwhile, the German manufacturer said the details of the in-store date, retailers and price are set to follow in due course.

The African champions will meet Chipolopolo of Zambia in their final Group B 2018 FIFA World Cup qualifier next weekend in Ndola and coach Hugo Broos will want a win.