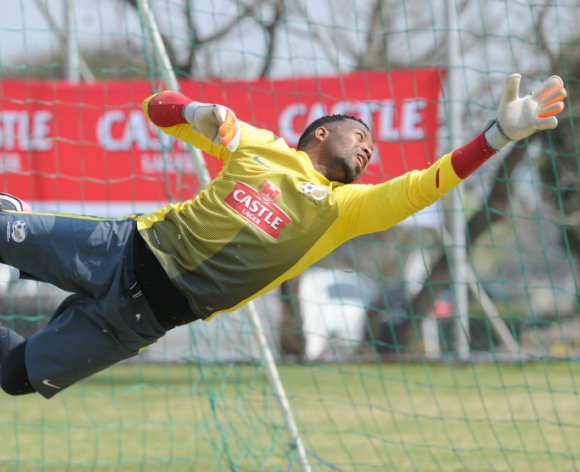 Itumeleng Khune has reported for national duty ahead of South Africa's crucial 2018 FIFA World Cup qualifier against Senegal in Polokwane this Friday.

The 30-year-old is desperate to feature for Stuart Baxter's troops and has requested to play in a protective mask - if that's what it takes for him to be named in the starting eleven.

The Kaizer Chiefs goal-minder suffered a optical fracture in the club's 1-0 win over Chippa United this past weekend, and initial reports suggested that Bafana Bafana's number one will be ruled out of the home and away fixtures against Senegal.

But, following assessment from a specialist - who classified the goalkeeper's injury as not too serious - Khune looks set to start on Friday.

“He is currently in camp, the specialist he saw says the injury is not that serious, and he will be okay in the next couple of days,” Bafana Bafana team manager Barney Kujane told Lesedi FM.

“But as you know Khune, he insists that he is okay, and he wants to play.”

Bafana Bafana take on the Teranga Lions at the Peter Mokaba Stadium this weekend, before travelling to Dakar for the reverse fixture.