Ghana were held to a 1-1 draw by Egypt in a 2018 FIFA World Cup Qualifier at the Baba Yara Stadium in Kumasi on Sunday, in what was a mere formality as the Pharaohs now turn their attention to Russia.

Egypt had already qualified for a first World Cup in 28 years heading into the fixture in the Ashanti region and duly end top of Group E with 13 points from six matches.

A disappointing campaign for the Black Stars ends with them having accumulated seven points from their allotted fixtures - the tally ensuring a third place finish behind both the North African's and Uganda.

Mubarak Wakaso - back on the international stage - expressed his intent in the early exchanges with Sherif Ekramy called into action on two occasions to deny the midfielder in the opening 15 minutes.

In whole, though, it was a rather uneventful opening stanza with Egypt's first shot on target coming in the 43rd minute. Richard Ofori with a good save to deny Mahmoud 'Trezequet' Ibrahim from a tight angle.

Ghana enjoyed a late flurry, but they failed in their attempts to break the deadlock with the two teams tied at 0-0 heading into the tunnel at the break.

Egypt emerged with more drive following the interval and duly opened the scoring throughMahmoud 'Shikabala' Abdelrazek in the 61st minute.

The playmaker's left-footed rocket leaving the Ghanaian shot-stopper with little chance as Egypt hit the front. Trezequet with the pin-point cross as Shikabala made no mistake.

Their lead, though, would last all but three minutes as Edwin Gyasi leveled matters in the 64th minute. His shot taking a wicked deflection off Aly Gabr before whistling past Ekramy.

Ghana pushed forward in search of the winner and had a chance to seal all three points in stoppage-time, but Daniel Amartey was unable to force the ball home from close range after Richmond Yiadom's s rasping effort was fumbled by Ekramy. 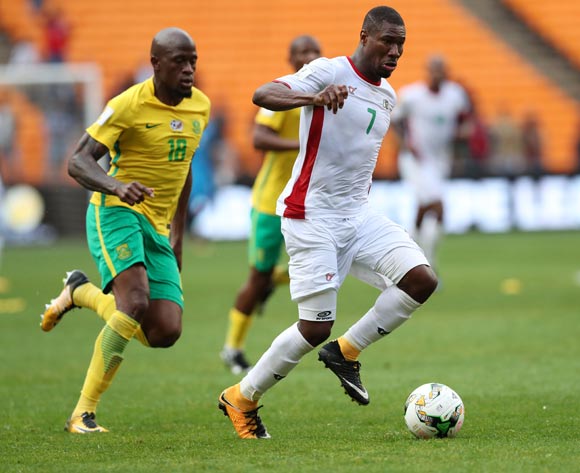