Kaizer Chiefs coach Steve Komphela believes the red card given to Wiseman Meyiwa was the decisive moment of their Telkom Knockout semifinal against Bidvest Wits this past weekend.

The Amakhosi were beaten 1-0 by the Clever Boys on Saturday, with Meyiwa’s dismissal in the 26th minute - for a stamp on Daine Klate - followed just three minutes later by the only goal of the game from James Keene.

“You could see with the early exchanges that we had all areas covered,” Komphela told Chiefs’ official website.

“To suffer a red card in the first half in such an intense clash changed the game entirely. Besides that and to make matters worse, we let Wits score with a free header immediately thereafter due to a lapse of concentration.”

He added: “Our game plan was affected by this. If you check our substitutions, they were all intended to go for an all-out attack.”

The Chiefs coach saw his team improve in the second stanza thanks to some attacking substitutions, and believes they need to refocus for a league clash with AmaZulu this midweek.

“We came back strong in the second half,” Komphela pointed out. “[Dumisani] Zuma had a one-on-one with Wits’ goalkeeper Darren Keet, Siphiwe Tshabalala hit the crossbar and [Gustavo] Páez had a chance as well.

“We knew the game was going to be very tight and robust. Unfortunately we had to play most of the game with one man down. But still, I thought we contained them well and scared them a few times in the second half.

“Now that we are out of the cup, we have to focus our attention on the league. We will regroup and make sure we beat AmaZulu on Wednesday.” 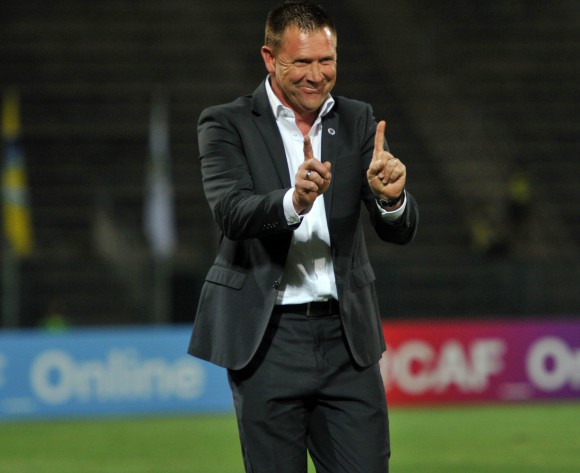 SuperSport coach happy to have away goal in the bag