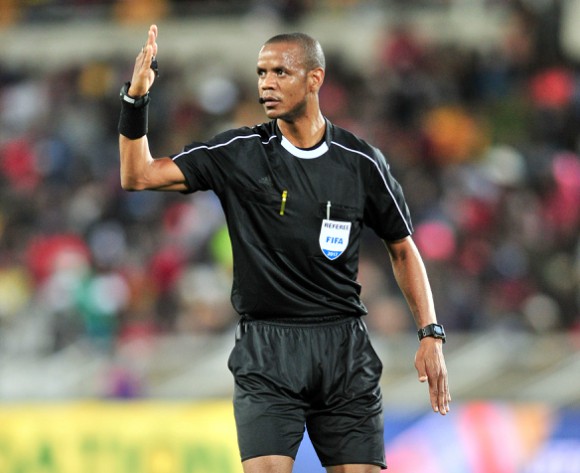 Zambian international referee Jan Sikazwe will hoist the country's flag at the 2018 FIFA World Cup as he will form part of the officials.

A list revealing referees at the global tournament has included Sikazwe who is among 36 officials listed to officiate at the World Cup.

ZambianFootball reports that Sikazwe and Gambian Bakary Papa Gassama are part of the six men coming from the Confederation of African Football list of referees.

In recent times, Sikazwe has been touted as one of the best referees in Zambia and in the African continent at the moment.

The man from Kapiri officiated last year’s Club World Cup final involving Spanish giants Real Madrid which is one of the biggest matches the Zambian has been in charge of.

Among other matches and tournaments he officiated at is 2017 Africa Cup of Nations, the 2018 FIFA World Cup Qualifiers replay between Senegal and South Africa as well as the 2017 U20 FIFA World Cup in South Korea.

Algeria's Mehdi Abid Charef, Malang Diedhiou of Senegal, Gambia's Gassama and Weyesa Bmlak are also some of the officials in the list.