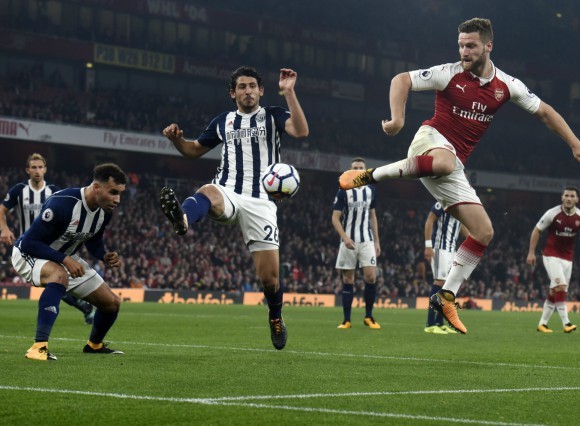 The English club decided to activate the option it retained on the 2018 FIFA World Cup-bound 26-year-old, following his loan signing from Al Ahly in July.

The deal has been concluded for an undisclosed fee, with Ahmed signing a contract which commits him to The Hawthorns until the summer of 2022.

The Baggies opted to activate the permanent transfer in recognition of the defender's impressive form in his debut Premier League season.

Coach Alan Pardew has welcomed the news, saying the Pharaohs defender has been terrific for the club.

"This is great news for the club - Ahmed has been absolutely terrific for me since I arrived and I am sure there is even more to come from him in the future,” said Pardew.

"He is one of the players we can build around on the road ahead. He has a big role to play and it is good for the player and the club to remove any doubts and make the transfer permanent.”

In addition, the defender added that he is happy to make a permanent move and was joined by his wife and two young children when signing the deal.

"I am very happy with the club and very happy to be part of this group of players," he said.

"I know the results are not what we would want at the moment. But there is a great spirit here and I am sure that we will turn the results in our favour before long."

Kaunda: Daka, Mwepu must qualify for 2022 WC to honour the late Kalale

Victor Moses happy to bring up 50 EPL appearances for Chelsea