Mamelodi Sundowns coach Pitso Mosimane has praised Orlando Pirates ahead of their titanic clash on Saturday.

The two South African giants will lock horns in an Absa Premiership match at the Loftus Versfeld Stadium in Pretoria.

Sundowns secured a 2-1 win over Ajax Cape Town away in their previous league game, while Pirates thrashed Baroka FC 3-1 at home.

The 2016 CAF Coach of the Year Mosimane states that he never knows what to expect when they meet.

“We have the direct opposite of what we usually get, to the extent that sometimes they [Pirates] are even pushing us back – beautiful, a team that attacks,” said Mosimane on KickOff.

“They are a transitional team, they’ve got lots of speed. Once they cut the ball in their own half they come out with so much pace it’s not funny. We need to look after that because that is one of their major strengths. They also play, they’ve got a lot of interplay [ability] – very good.

“They’ve got very good players, visually. From (Luvuyo) Memela to (Thabo) Matlaba … Okay, he’s suspended, but all the other attackers are exciting,” he added.

Mosimane also believes Pirates coach Micho Sredojevic has instilled a particular style of play into the team and boasts a wealth of depth at his disposal, which could prove tricky for Downs.

“To show that they are doing the right thing, there’s uniformity in the way they play, it doesn’t matter who they play, which is a sign of a team that has found a way of playing. Pirates have found their way of playing.” 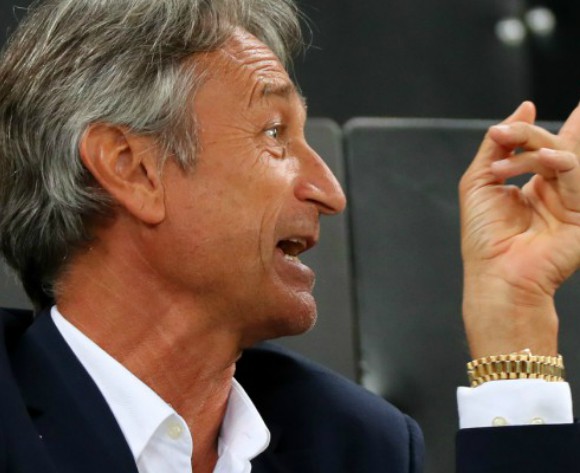 Chippa out to humble the Clever Boys

Baroka out to claim AmaZulu scalp