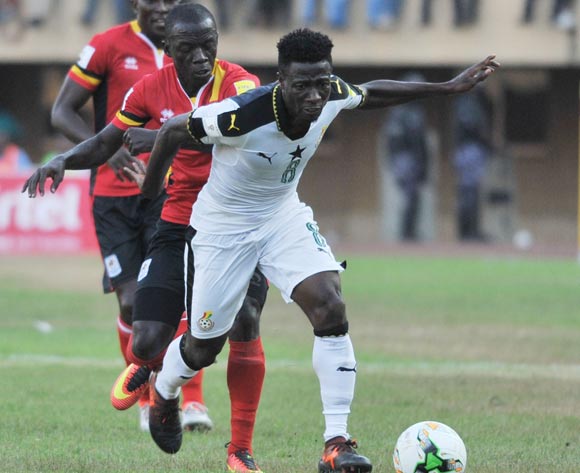 After helping Mamelodi Sundowns secure a point against Kaizer Chiefs in the South African Premier Soccer League, Ugandan skipper Denis Onyango says Muzamir Mutyaba is yet to reach his best.

The 2016 CAF African Player of the Year based in Africa reckons the criticism directed towards Kampala Capital City Authority’s Mutyaba is too harsh.

Onyango was speaking after his country failed to claim a win at the 2018 CAF African Nations Championship tournament in Morocco.

Coach Sebastien Desabre’s side lost twice and drew once as they finished at the bottom of Group B, but Onyango is optimistic about future.

“I think people’s expectations were high because of the award (Airtel-Fufa best MVP) that everyone expected Geoffrey Serunkuma to win,” said the keeper to the Daily Monitor.

“Mutyaba is a very quiet player who doesn’t come out of his shell as an individual.

“He didn’t do much as people expected maybe to lift the team and take charge of the situation as the best footballer in the country but he is still a good player.”

Desabre will hope to do bag his first win for the East Africans when they face Tanzania in September for the 2019 CAF African Cup of Nations Qualifiers.

“The coach (Sebastien Desabre) is getting the team together and I think he has enough time," adds Onyango.

"All he needs to get are friendly games with the team and get to see most players before September (when Uganda plays in AFCON qualifier against Tanzania)."