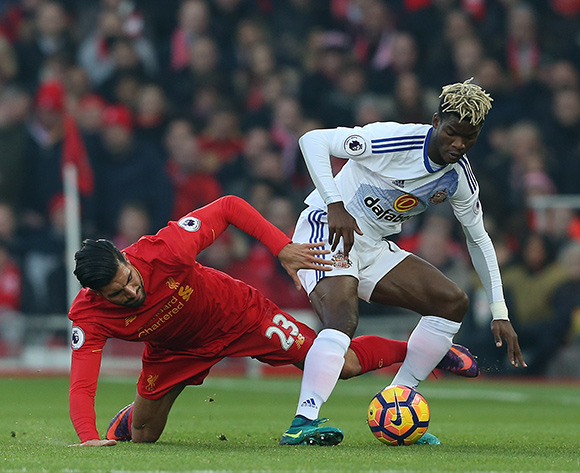 Didier Ndong of Sunderland tackled by Emre Can of Liverpool during the Premier League match at the Anfield Stadium, Liverpool. Picture date: November 26th, 2016. Pic Simon Bellis/Sportimage via PA Images

Watford are being linked with a move for Sunderland’s Gabonese midfielder Didier Ndong.

According to the Mirror, new Hornets boss Javi Gracia has identified the 23-year-old Panthers player as his primary transfer target.

The club already had their sights on the midfielder under the reign of former boss Marco Silva and Gracia looks to still be interested in bringing the player to Vicarage Road on loan for the rest of the season.

Ndong joined Sunderland for a club record £13.6 million in 2016. He made 31 Premier League appearances as the Black Cats suffered relegation from the English top flight.

The Lambarene-born player has also featured for CS Sfaxien and Lorient in his professional club career.