Augustine Kabaso Mulenga of Zambia tackled by Abu Aagla Abdalla Mohamed of Sudan during the 2018 CHAN quarter finals football game between Zambia and Sudan at the Grand stade Marrakech in Marrakech, Morocco on 27 January 2017 ©Samuel Shivambu/BackpagePix

The South African Premier Soccer League giants have been impressed by the Chipolopolo forward and has joined from Zanaco FC.

The 2017 Zambia Footballer of the Year has completed his switch on a three-year deal, as he will reunite with fellow countryman Justin Shonga.

“We are delighted to have finally secured the services of Augustine. He is an accomplished player who has all the qualities to make an immediate impact at the club,” Pirates administrative officer Floyd Mbele said on the club's website.

“I would like to thank Zanaco management for their professionalism during negotiations.”

Mulenga, who was Zambia’s stop scorer at 2018 CHAN tournament with three goals, follows Shonga who joined from Nkwazi last August. 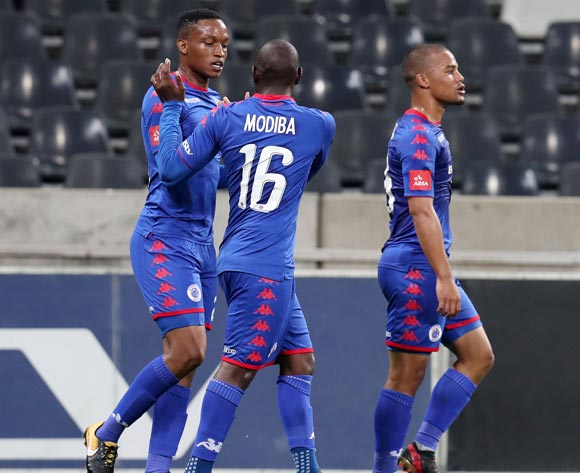 Absa Premiership weekend wrap: City miss out on chance to close in on ‘Downs