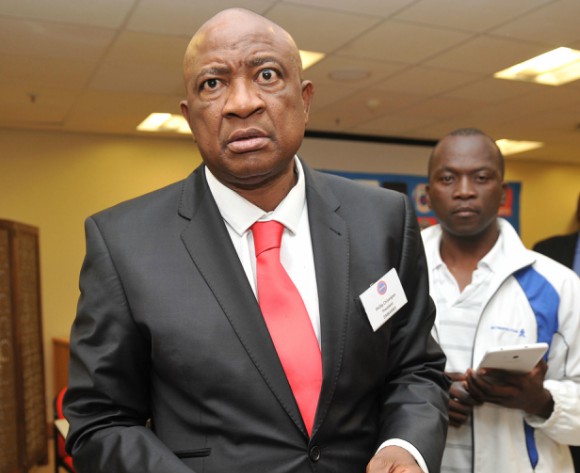 Rukoro is known for causing controversy and violent conduct, this time he has allegedly assaulted Chiyangwa.

According to The Namibian Sport, it is reported that Rukoro reportedly struck Chiyangwa, who doubles as head of the Zimbabwean Football Association.

The allegation follows differing opinions during a heated discussion on the sidelines of COSAFA’s annual general meeting held in Johannesburg.

Chiyangwa declined to comment on the incident when contacted by The Namibian Sport, but NFA president Frans Mbidi confirmed that he was aware of the altercation.

“I was informed about the incident,” said Mbidi.

“It’s all up to COSAFA. The NFA was not officially informed about any charge of misconduct, and, therefore, cannot do anything.”

Despite being unwilling to publicly speak about the issue, Chiyangwa told Zambian FA head Andrew Kamanga of what had transpired in a WhatsApp conversation, part of which The Namibian Sport is privy to.

Rukoro is no stranger to violence-related controversy, having been arrested on a charge of assault with intent to do grievous bodily harm after tying a 15-year-old boy to a tree and beating the teenager, whom he accused of stealing a mobile phone, on October 4, 2011.

Earlier that year in May, Rukoro also made headlines after punching a freelance media consultant in the face at the end of a press conference, having being displeased with his line of questioning.