Uganda President Museveni: We will win the World Cup one day 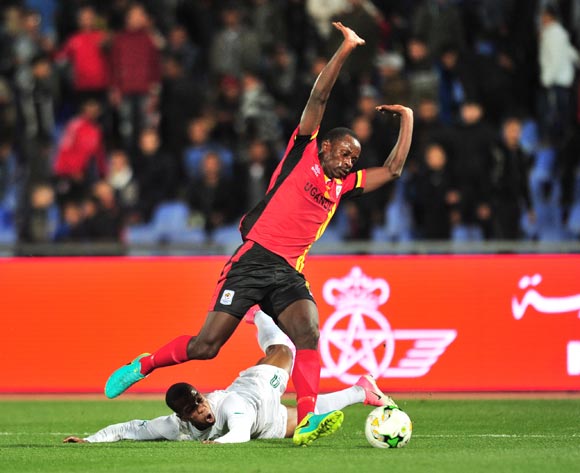 Kouame Noel Nguessan of Ivory Coast challenged by Musitafa Mujuzi of Uganda during the 2018 CHAN football game between Uganda and Ivory Coast at the Grand stade Marrakech in Marrakech, Morocco on 22 January 2017 ©Samuel Shivambu/BackpagePix

Museveni was speaking as they hosted the Coca Cola delegation during the FIFA World Cup trophy tour in Kampala.

“Uganda is a footballing country and we hope that at one time, we shall win this cup and retain it in this country,” said Museveni.

“This may take a few years considering that the teams from developed countries train from advanced grounds while Uganda still has raw talent.

“This is a rare opportunity for Uganda, this visit is also symbolic in that it shows FIFA’s confidence in Uganda by recognizing our competitive abilities, however, Uganda with raw talent almost qualified but narrowly lost heading to Russia.

“It will also draw attention to our country and boost tourism.

“Uganda is now ranked 71st out of the 211 FIFA ountries but we plan on improving the ranking hopefully by 2022.