Ola Aina: I learnt a lot from John Terry 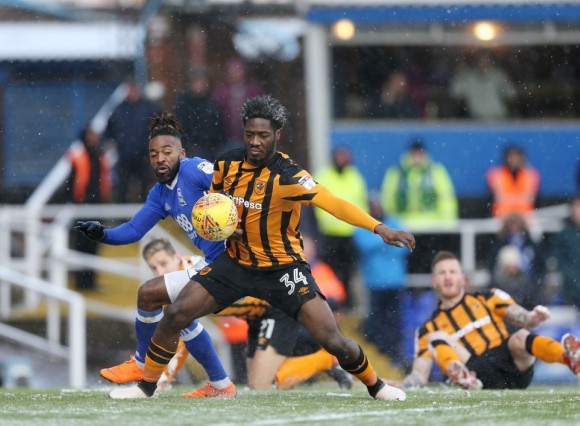 Hull City’s Nigerian defender Ola Aina has revealed the influence John Terry had on his career, revealing that he learnt a lot from the Chelsea legend.

Aina spent a decade at the Blues before going on loan to Hull this season and Terry was a huge presence for him and his fellow youngsters coming through the ranks at Stamford Bridge.

"I learnt a lot to be honest, on and off the field. Mainly on the field though. He's a world-class defender and he's taught me various things, especially having some time last season with him [in Chelsea’s first team],” Aina told Sky Sports.

"Just be honest on the pitch. He told me to work to the best of my ability and be confident in what I do all the time. That will always stick with me and the many other young defenders he's schooled and taught."

Aina made his Chelsea debut in their 2016 League Cup win over Bristol Rovers and was replaced by Terry in the 77th minute.

"It was [surreal]. A standing ovation. I thought it was for me at first, but obviously it was for JT. I was being replaced by a club legend and it was a nice feeling to get a debut and then be replaced by him,” said Aina.

He added: "Any team would be lucky to have JT. He brings that leadership, that winning mentality all the time, every day. Just having someone like that on the pitch is a confidence booster for everyone.

"I've been privileged enough to be in that position and Aston Villa now are lucky to have him. His presence alone can drive a team onwards."

Ramadan Sobhi: Focus is on 2018 World Cup, not summer move