Tapelo Nyongo of AmaZulu challenged by Wangu Gome of AmaZulu during the Absa Premiership 2017/18 football match between Platinum Stars and AmaZulu at Royal Bafokeng Stadium, Rustenburg on 25 April 2018 ©Samuel Shivambu/BackpagePix

AmaZulu FC edged out Platinum Stars 2-1 in an Absa Premiership match at the Royal Bafokeng Stadium on Wednesday night.

Th win sees Usuthu move to eigth spot on the table standings, while Dikwena remained 16th and they were relegated to the National First Division (NFD).

Usuthu did well to contain the home side in the opening stages of the league encounter.

Siyabonga Mbatha, the AmaZulu defender, was called into action 14 minutes into the match.

The shot-stopper did well to deny Nyiko Tshabangu, who was looking to score for Stars from a free-kick.

But the left-back was brilliantly denied by Mbatha, who was well-positioned to make a save in the 43rd minute.

Usuthu continued to keep Dikwena at bay and they managed to take the lead just after the hour-mark.

Mbatha then produced a fine save to deny Ntuli as the shot-stopper continued to frustrate the home side.

Usuthu then doubled their lead through super-sub Mlengi Cele, who scored to make it 2-0 with Karuru providing an assist with seven minutes left.

However, Letsie Koapeng pulled one back for Stars, but the goal proved to be a consolation goal as AmaZulu stood form at the back and ultimately, they won 2-1. 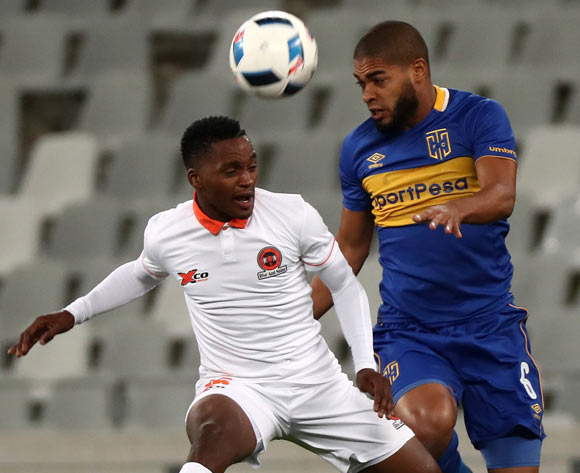