Hosts Russia will look to get their 2018 World Cup campaign off to a flying start when they take on Group A rivals Saudi Arabia in the tournament’s opening match, set for the Luzhniki Stadium in Moscow on Thursday, June 14, kick-off at 17h00 CAT.

With tougher matches against Egypt and Uruguay still to come in the first round, Russia will be desperate to claim three points and establish themselves as early leaders in their pool, as well as boosting belief in local fans who fear that coach Stanislav Cherchesov’s will fall at the first hurdle.

The host nation’s build-up has not been promising: their last win came in October last year against South Korea and they have gone seven games without a win since then, wrapping up their preparation last week Tuesday with a 1-1 draw against Turkey.

To be fair to ‘Sbornaya’, they have played some tough opponents in that run – including France, Brazil, Spain and Argentina – but it is their leaky defence (13 goals shipped in the seven-game streak) which will be of most concern to Cherchesov.

Russia will look to goalkeeper and captain Igor Akinfeed to put in an inspiration performance (perhaps more so against Egypt and Uruguay), while winger Aleksandr Samedov, playmaker Alan Dzagoev and forward Fyodor Smolov will be expected to spark the home team’s attack.

Saudi Arabia also come into the match on the back of some dispiriting results: their 2-1 loss to Germany on Friday night was a third straight defeat in their warm-up programme, leaving coach Juan Antonio Pizzi with the tough job of trying to get his team back on track in a high-pressure environment.

The ‘Green Falcons’ will look to none other than striker Mohammad Al-Sahlawi for inspiration. The 31-year-old has an excellent scoring record at international level, reflected by the fact that he scored 16 goals in their 2018 World Cup qualifying campaign.

Russia and Saudi Arabia have met in just one previous match according to FIFA’s statistics database: a friendly in Dammam in October 1993 which was won 4-2 by the ‘Green Falcons’. Yet this time around, on their home ground and with greater pedigree, experience and talent in their squad, the Russians are expected to get the better of Saudi Arabia and open their campaign with a full haul of three points. 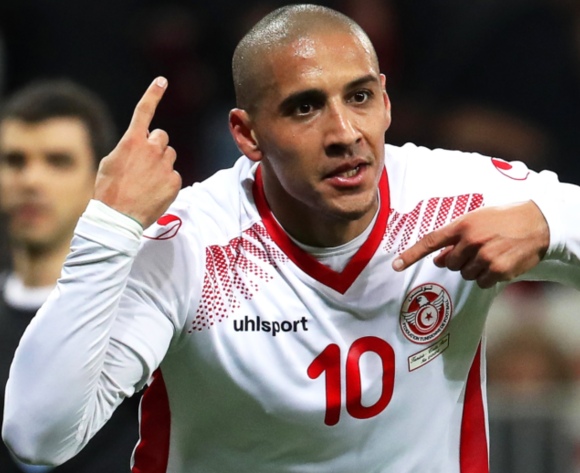