epa06809804 Tarek Hamed of Egypt (C) and Matias Vecino of Uruguay in action during the FIFA World Cup 2018 group A preliminary round soccer match between Egypt and Uruguay in Ekaterinburg, Russia, 15 June 2018.

Egypt kicked off their 2018 FIFA World Cup Group A campaign with a 1-0 loss to Uruguay at the Yekaterinburg Arena in Russia on Friday, June 15.

As a result, the Sky Blue are placed second on the Group A standings, while the Pharaohs are placed third on the table.

The lanky marksman forced Egypt goalkeeper Mohamed El-Shenawy into a good low save from the edge of the Egypt box just seven minutes into the game.

The Pharaohs were also able to register a shot on target through Trezeguet following a good move by the African side in the 11th minute.

However, Egypt-based Mohsen's effort lacked power and Uruguay keeper Fernando Muslera made a comfortable save as the two teams searched for an early goal.

The two teams then struggled to create clear-cut chances and they resorted to taking shorts from range which could not seriously test Muslera and his counterpart El-Shenawy.

The two teams were locked at 0-0 at the interval.

Egypt did most of the defending in the opening stages of the second-half and they came very close to conceding after their defence was exposed.

Cavani combined with Lusi Suarez, whose goal-bound shot was well-saved by El-Shenaway a minute into the second-half.

Ahmed Hegazy and Aly Gabr, the two Egypt central defenders, then tightly marked Cavani, and Suarez, who were frustrated by the Pharaohs backline.

Ahmed Fathi was able to push forward from the right-back position in the 70th minute and he forced Muslera into a top diving save as Egypt looked to break the deadlock.

The momentum was with Uruguay in the latter stages of the game and Cavani watched on in disbelief as his well-taken shot was brilliantly saved by El-Shenawy in the 82nd minute.

The Sky Blue's pressure finally paid off in the 89th minute when Jose Gimenez scored with a header to hand Uruguay a 1-0 late win.

Titanic clash as Spain and Portugal renew rivalry in Russia 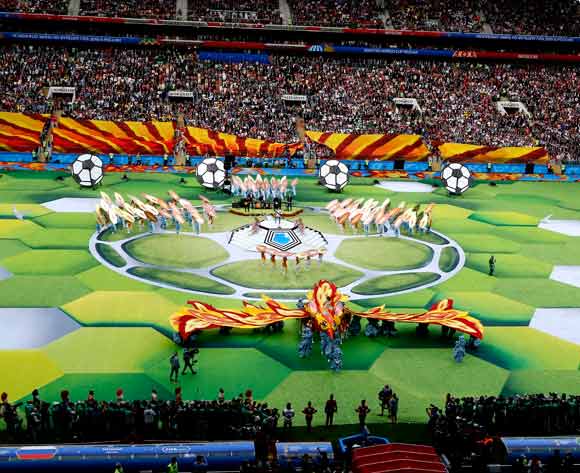