Ahmed Musa of Nigeria celebrates after scoring the 1-0 goal during the FIFA World Cup 2018 group D preliminary round soccer match between Nigeria and Iceland in Volgograd, Russia, 22 June 2018.

As a result, the Super Eagles moved to second spot on the Group D standings with one game left, while Our Boys are placed third on the table.

Our Boys were the better side in the opening stages of the game and their star player Gylfi Sigurdsson had a chance to score from a free-kick in a promising area two minutes into the game.

The Everton FC playmaker’s attempt from the set-piece was punched away by Nigeria goalkeeper Francis Uzoho as Our Boys threatened first.

Sigurdsson was then presented with another chance to score three minutes later, but lanky attacker placed his long-range effort straight at Uzoho, who produced a comfortable save.

The Super Eagles grew in confidence as the game progressed and they managed to create a goal scoring opportunity in the 16th minute following a good move.

Brian Idowu set-up Ahmed Musa inside the Iceland box, but Our Boys defenders crowed him out, before he could test keeper Hannes Halldorsson.

Nigeria kept pushing and they were awarded a free-kick just outside the Iceland box on the half-hour mark, but Oghenekaro Etebo fired wide of the target from the set-piece.

The last chance of the first-half fell for Our Boys with the Super Eagles defence exposed from Sigurdsson’s well-taken free-kick in the 44th minute.

The right-footed player delivered a dangerous cross for his team-mate Alfred Finnbogason, who opted to stick his head on it and the ball bounced off his back, and it went out for a goal-kick.

The score was 0-0 at the interval following a tightly contested first-half.

The Super Eagles pushed for the opening goal after the restart and they deservedly broke deadlock in the 49th minute following a good move.

Victor Moses found his team-mate Ahmed Musa, who controlled the ball well inside the Iceland box, before firing past Halldorsson to make it 1-0 to Nigeria.

The three-time African champions were oozing with confidence and Wilfred tried his luck from range four minutes before the hour-mark.

The Leicester City midfield maestro unleashed a thunderous effort which was brilliantly finger-tipped over the crossbar by Halldorsson as Nigeria looked to double their lead.

Our Boys pushed forward in numbers in the 67th minute and Rurik Gislason tried to curl the ball into the top corner, but his effort went wide of the target as Iceland looked to level matters.

Nigeria were still looking dangerous going forward and they were unfortunate not to double their lead in the 74th minute as Musa's powerful long-range attempt hit the crossbar with Halldorsson well beaten.

The momentum was with the Super Eagles, who deservedly doubled their lead a minute later when Musa rounded Halldorsson, before scoring to make it 2-0 to Nigeria.

Iceland were then awarded a penalty after Finnbogason was brought down inside the Nigeria box by Tyronne Ebuehi with 10 minutes left on the clock.

Gylfi Sigurdsson then stepped up and fired over the crossbar as the Suoer Eagles survived a scare in the closing stages of the game.

Finnbogason was also denied by Uzoho, who produced a fine low save to ensured that the game ended in a 2-0 victory in favour of Nigeria. 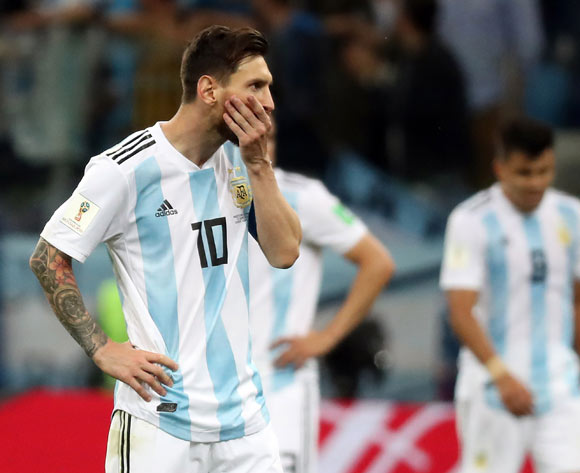