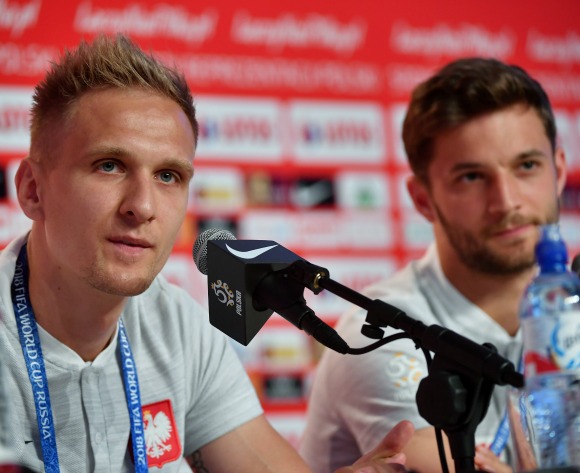 Poland face off with Colombia in their second 2018 FIFA World Cup Group H match at the Kazan Arena in Russia on Sunday.

The White and Reds suffered a 2-1 defeat to Senegal in their first game of the tournament on Tuesday.

The defeat left Poland placed third on the Group H standings without a single point with two matches left.

Poland captain and star striker Robert Lewandowski, who played the entire game against Senegal, will be keen to inspire his nation to victory against Colombia.

Adam Nawalka, the White and Reds head coach, expects his side to play much better against Colombia and secure a victory.

"Obviously we need to play better. We need to draw conclusions from those two goals and prepare carefully," Nawalka said.

"But we have a lot of stamina and strength and I'm convinced we will recuperate and regenerate."

Meanwhile, Colombia succumbed to a 2-1 defeat to Japan in their maiden game of the competition on Tuesday.

As a result, the Coffee Growers are placed fourth on the Group H standings without a point from one match.

Colombia will hope that their inspirational striker Radamel Falcao opens his scoring account against Poland and helps Jose Pekerman's side secure a win.

Juan Fernando Quintero, who scored the Coffee Growers' goal against Japan, is eyeing two wins in their last games in order to advance to the Round of 16.

“We’ve got a good team and good players. We can secure a place in the next round in the two matches that remain," Quintero said.

"We’ll have to show our strong character, and be organised and determined.”

In head-to-head stats according to FIFA.com, Poland and Colombia have locked horns five times.

Senegal target Round of 16 spot win over Japan

Senegal and Sadio Mane have Trent Alexander-Arnold’s support... for now at least