epa06845383 Willian (L) of Brazil in action against Aleksandar Kolarov (R) of Serbia during the FIFA World Cup 2018 group E preliminary round soccer match between Serbia and Brazil in Moscow, Russia, 27 June 2018.

Two goals for Brazil ensured they beat Serbia in their final Group E match in the 2018 FIFA World Cup on Wednesday night at Spartak Stadium.

The Selecao were eyeing their second win in the group after opening with a draw to Switzerland and a victory against Costa Rica, as they had four points at the summit.

For the Serbian side, they also targeted the full three points in the encounter on the back of a win over Costa Rica and a defeat against the Swiss.

However, the Brazilians were dealt a massive blow when defender Marcelo was replaced by Filipe Luis due to an injury in the opening 10 minutes.

Following Marcelo’s exit, the South Americans came under pressure, but they were able to control the ball towards the half-hour mark as Neymar was wasteful upfront.

As they approached the 40th minute, Brazil would break the deadlock when Paulinho took advantage of a great pass to beat Vladimir Stojkovic with a chip.

On the stroke of injury time, Neymar tried to beat goalkeeper Stojkovic with a curler after a great lay off on the left wing, but he was denied.

Coach Tite’s side was leading 1-0 at half time.

Exactly on the hour mark, Aleksandar Mitrovic came close to making it 1-1 but Thiago Silva blocked his header and Alisson collected easily from a rebound.

However, defender Silva converted Neymar Junior’s corner kick with a great header making it 2-0 with 22 minutes to go.

It was Brazil over the Europeans in the final 10 minutes in controlling the possession as they cruised to a comfortable win.

The victory sees the 2014 hosts finishing with seven points resulting from two wins and a draw, whilst Serbia will head home as Switzerland joins Brazil in the knockout stages. 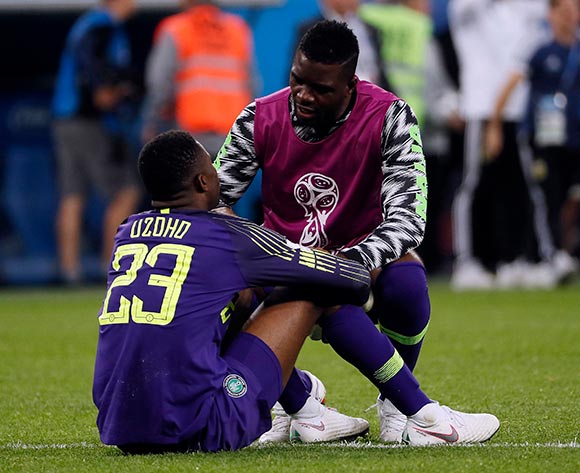