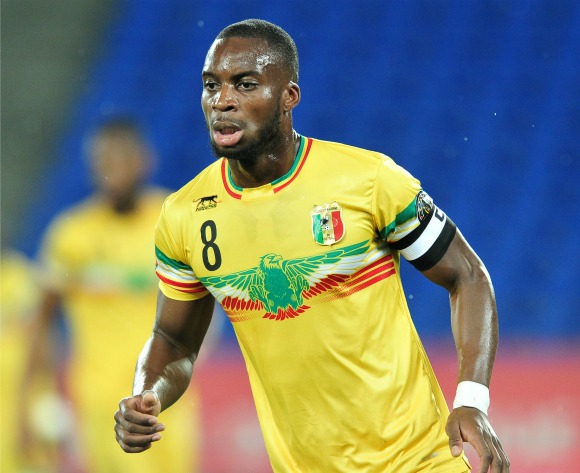 The 27-year-old joined Mechelen from French side Stade Rennais in January this year, signing a deal up to June 2021. He had spent the first half of the 2017/18 season on loan at Panathinaikos in Greece.

Despite Sylla’s presence, Mechelen suffered relegation from the Belgian First Division A and the Malian is looking for a transfer ahead of the 2018/19 campaign.

He has revealed that Ligue 1 clubs have been in contact with his representatives, but says his aim is to find a project which excites him.

“I already had an agreement in place with Mechelen so that the club would facilitate my departure should the club be relegated at the end of the season,” Sylla explained in an interview with Get French Football News.

“They know that it would be difficult for me to be playing in the Belgian second division, especially considering my status as captain of the Mali national team. But I want to thank them for their incredible support.

“The most important thing for me is to find myself within a project that suits me so that I can have the season that’s missing from my career, which I know is coming.

“People have been getting in contact ever since the club went down. However, now that I’ve played in Turkey and Greece, I’m a bit hesitant in terms of the potential destinations.

“My entourage has been contacted by several Ligue 1 clubs with a view to a potential transfer.”

Sylla added, “The objective is to find the right project, one where there will be a good understanding between me, the coach and the people in charge, or the one where I’ll feel the most at ease and where things are set out from the beginning.

“I’ve no worries about this, because my people are already speaking to Ligue 1 clubs. As we know, the market is big in Ligue 1, because clubs have to sell before they can start buying.

“I would say I’m one of the potential good deals of the summer, but I’m not going to worry too much about it – if it has to be abroad, then it’ll be abroad. I just don’t want to get it wrong this time round.”