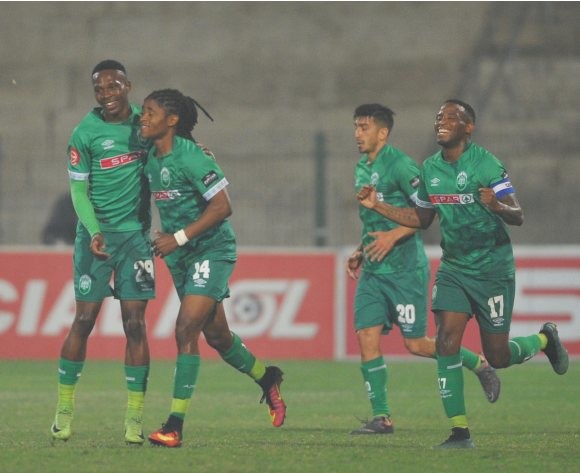 As a result, Usuthu climbed up to fourth spot on the league log, while Bakgaga are placed 13th on the standings.

Usuthu threatened first through their new Argentine centre forward Emiliano Tade following a good move a minute into the game.

Mhlengi Cele combined with Tade, who then flashed a shot across goal as the home side looked to take an early lead.

AmaZulu head coach Cavin Johnson decided to pull out Sadate Ouro-Akoriko in the 16th minute and he introduced Tapelo Nyongo.

The hosts then took the lead through Siyethemba Sithebe, who was previously known as Siyethemba Mnguni.

The attacking midfielder beat Baroka goalkeeper Ayanda Dlamini to make it 1-0 to AmaZulu in the 18th minute much to the delight of the home crowd.

Ranga Chivaviro, who recently joined Baroka from Ubuntu Cape Town, was looking upfront for the away side.

However, the Usuthu defence which was led by 23-year-old central defender Nyongo was looking solid and organized.

Bakgaka tried to push for the equalizing goal against Usuthu with the half-time break fast approaching.

The score was 1-0 to AmaZulu during the half-time break.

New Baroka head coach Wedson Nyirenda had to find a way to penetrate the AmaZulu defence and score in the second-half.

Talent Chawapiwa, who was one of Bakgaga's top performers last season, was full of running as the visitors searched for the equalizer.

However, Nyongo and his troops were able to contain Zimbabwe international Chawapiwa with Usuthu looking to hold on to their lead.

The Baroka winger unleashed a shot which was brilliantly saved by the former Orlando Pirates shot-stopper.

Usuthu also looked dangerous in the closing stages of the game as Cele's low shot narrowly missed the target with 10 minutes left.

Sundowns coach Pitso Mosimane: I have a manageable squad