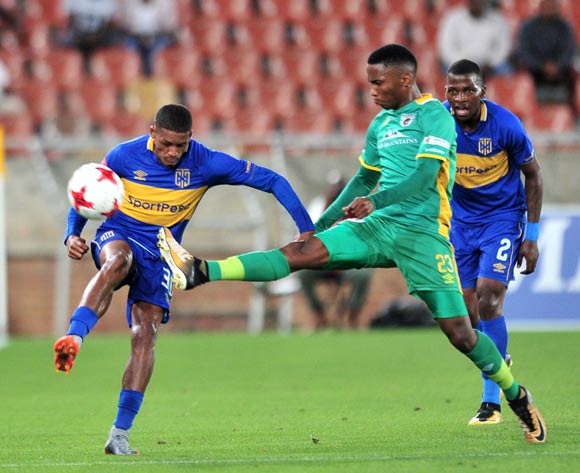 Cape Town City succumbed to a 2-1 defeat away to Baroka FC at the Peter Mokaba Stadium on Wednesday night.

The Citizens were punished for their naivety at the back, as Bakgaga’s Mpho Kgaswane and Matome Kgoetyane scored first-half goals to ensure the three points ended up with the Polokwane-based team.

Baroka claimed the lead as early as the sixth minute, as a deep corner kick from the right allowed Mpho Kgaswane a free header and he directed his effort beyond reach of City goalkeeper Sage Stephens to make it 1-0.

The hosts doubled their advantage on the 20 minute mark, as they again took advantage of some poor defending at a set piece. Matome Kgoetyane glanced home from Mduduzi Mdantsane’s free kick to once again leave Stephens picking the ball out of the net.

City should have pulled a goal back eight minutes before the end of the first half, as a fine free kick delivery to the far post presented Thamsanqa Mkhize with what would have been a free header on goal, but his teammate Taariq Fielies got in the way and the chance was gone.

A few minutes before the break City needed Stephens to make a fine save, as a break from midfield gave Mdantsane a one-on-one chance to put his side three goals up.

The Cape side made two changes at the start of the second half, sending on Craig Martin and Siphelele Mthembu in place of Mpho Matsi and Bradley Ralani respectively.

Mthembu made an immediate impact and pulled one back in the 49th minute, easily netting from close range after Baroka goalkeeper Ayanda Dlamini dropped a cross from the right flank. He appeared to be fouled by Matthew Rusike, but the goal was allowed to stand.

City looked for an equaliser through the second half and appeared to be the stronger team, especially with Martin’s pace and penetration down the right flank, but they were unable to find a second goal to earn a share of the spoils.

Baroka will return to Absa Premiership action next week Tuesday when they host Kaizer Chiefs, while City’s next league game is on August 18 at home to Golden Arrows.

Arrows shot down at home